Siyanda Sesimani, a star of ‘The Estate,’ has died.

Siyanda Sesimani, who was most known for his role on Soul City, has passed away.

Siyanda died on Friday, according to actor Zola Hashatsi, who confirmed the news to TshisaLIVE.

“It hurts me deeply. Imagine how his family feels and how his daughter feels. It just hurts,” he said.

Siya had been in a coma since February 15, after being hurt in a house burglary, according to Zola.

Siya was scheduled for surgery on Monday, according to Zola, with the hopes of recovering.

“There was a doctor outsourced to operate on his head on Monday, which was his birthday. He was in ICU but if he came back, he would have never been the same Siya that we knew before.” he said.

“I don’t know if it was a burglary because it just feels personal. Our industry is filled with jealousy … but I don’t know. It’s confusing. He was kind, soft, a gentle soul with few friends.”

Zola paid tribute to his close friend on his social media page, lamenting his passing. 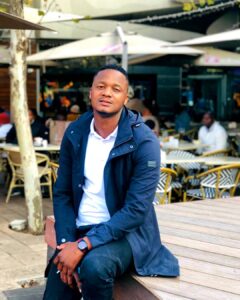 “The love you had for your daughter was commendable. You were a present Father. I pray I never find the people that did this to you coz I don’t know what I will do. It’s emotionally, mentally, physically draining to write RIP every week. I am NOT OK.” he wrote.