From: Alexandra in Soweto

Known as: Sdumo on Gomora

Sdumo on Gomora whose real name was Siyabonga Zubane was a South African actor. He was born and raised in Alexandra in Soweto . The Gomora star was born in 5 October 1999, age 23 years old as of 2022. He died on the 7th of April 2022.

The actor was born in the township of Alexandra where Gomora is shot but he moved to Tembisa at the age of 7.
However, he later moved back to Alexandra.

He studied Performing Arts and majored in Dance at the Tshwane University of Technology, but he wishes he studied law. 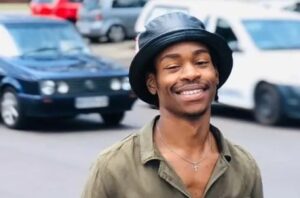 He got his big acting break on
Mzansi Magic’s IsiBaya. In 2017 he was featured on the series as Bhungezi. It was only for one day and he did it for experience.

“Isibaya featured me in 2017 where I played the role of Bhungezi. It was a one-day character, but I  did it for experience,’ he said to_Drum.

“I  wanted to see and understand what I am getting myself into and experience the real world of acting and not just an audition room and that experience got me where I am today. I don’t even know how much it paid, the agency took it.  That did not matter much to me  because it was all about getting the experience,” he continued.

Siyabonga was most popular for his role as Sdumo on Mzansi Magic’s Gomora. Sdumo was a criminal and carjacker on the telenovela.

Siyabonga Zubane cause of death

The circumstances surrounding his demise are still unknown. His death has yet to be confirmed by his family.

According to unconfirmed accounts, Siyabonga Zubane was depressed and had financial difficulties. Siyabonga revealed in a recent interview that he was forced to drop out of varsity because he couldn’t afford the fees and other charges.

Siyabonga, who majored in Performing Arts and dance at Tshwane University of Technology, claimed the National Student Financial Aid Scheme (NSFAS) let him down by only funding him for his first year. He struggled financially after that because he only received a small percentage of the money he need.

Mzansi is in grief after his untimely passing. Several Twitter users have begun to upload photos of Siyabonga with heartbroken emojis. 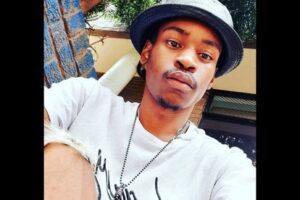 It was not yet revealed who was his girlfriend or wife. He was still a student and an actor before he died.

1 thought on “Siyabonga Zubane biography, age, career, wife and cause of death.”