From: KwaMashu in KwaZulu Natal

Known as: Detective Biyela on Uzalo

Thabisile Zikhali is a South African Actress, Businesswoman, Presenter and Model. She was born on 18 February 1994 in KwaMashu in KwaZulu Natal Province in South Africa. Currently she is acting on Uzalo as Detective Biyela.

Thabisile is the eldest of two sisters who were born and raised in Kwa Mashu, KwaZulu Natal. Sindisiwe (26), her younger sister, is a law student. She hails from a family of academics, but she knew she wanted to be an actress since she was a child. She was naturally an A- student in school.

She and her friends started a church at school where she was a Pastor at 17 years old. Thabisile would preach daily, and they would hold sermons to keep the learners motivated.

“I was the first black deputy head girl. I played over five sports and was named female sportswoman of the year. My friends and I started a church at school where I was a pastor at 17 years old. I would preach daily, and we would hold sermons to keep the learners motivated,” she says.

She attended her primary school at Rydalvale and she was a Deputy head girl. Her high school was attended at Burnwood secondary school where she was also Head girl. Zikhali did her tertiary at University of KwaZulu Natal( UKZN). In 2019 she graduated with a degree in Economics from the University of Kwa-Zulu Natal but decided to pursue acting. She went to Theatre School in Duma Ndlovu Academy to further her studies in acting.

uFelani, a documentary re-enactment on Gender-Based Violence by Moja Love, featured Thabisile in 2019.
“The story was of an abused woman who later gets killed by her boyfriend,”

She acted on Rockville as Sweety. She plays the role of Sweety, a sassy, confident sex worker at a high-class brothel, disguised as Hotel Paradiso.

Before bagging her job in Rockville, Thabisile had just finished shooting the film Alleyway, an action thriller where she plays a curious radio presenter who helps a man who was unlawfully arrested for a crime he did not commit. 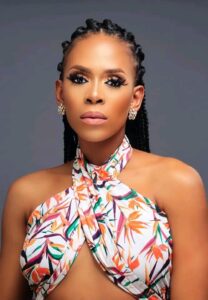 In 2014, she started a modelling agency for girls from Kwa Mashu. She has a Facebook page called Thabisile Zikhali the Model.

“I saw how young beautiful girls ended up dating older men to fund their lifestyles and I opened my agency to help get them jobs. So, I did modelling pageants and work, acting jobs and we did promotions at taverns and at night clubs earning as little as R200,” Thabisile says.

“My goal was to get young girls off the streets,” she adds. 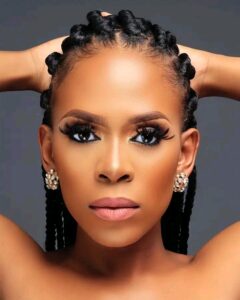 Thabisile is a cow farmer outside of the small screen. She began farming in 2017, following in the footsteps of her grandfather, and now has her own farm. She bought livestock with the money she had saved and from her agency.