Andile Mbatha biography and age, he is known as Bra Carter from House of Zwide.

Known as: Bra Carter on House of Zwide or Sly on Tshisa

Andile Mbatha is a 40 years old South African Actor and Singer. His native language is Zulu and other language is Xhosa and English. He is best known for his character as Sly on Tshisa. He has a Diploma in Drama from Soyikwa Institute of Africa Theatre 2005 – 2007 and he attended classes for acting conducted by Duma Ndlovu 2007 – 2008. Also he was a trainee in Muvhango 2008. Other talents he is writer and theatre director also he is lead singer of Baratone and tenor. 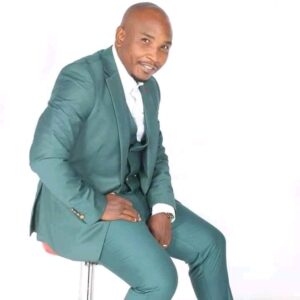 Career in acting on Television

Since he is singer, he was part of June 16 song, because it was documentary he also dance and acted on that. In Memeza (Brend Fassie documentary) he was a singer, dancer and actor. He acted in Muvhango as Mduduzi a Journalist and Soul City as Kgotso. Other drama series he appeared includes Mthunzini.Com as Dj Scratch, Tshisa as Sly, Generations as Sokhele, Jozi Maboneng as Mandla, Naledi as Khulu Sibanyoni and Prodigal Son as Owen.

Lenyala as Narrator at Grahamstown and Wits theatre

Intruder as Prince at Festivals

Hang Them High as Tseko 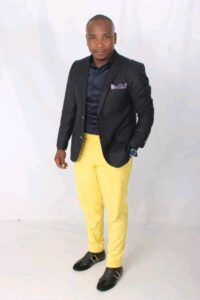 Andile was also a Director of He is in disguise and Emeje as a Writer and Director as well .
Currently he is playing a character as Bra Carter on House of Zwide. Bra Carter is a gangster in township of Thembisa. They work together with Bra Isaac as gangsters but Bra Carter is showing his bad side of being a gangster. Although Isaac is trying to protect children and women, Bra Carter is exploiting them. He is trying to exploit money from Shoki and Nomsa due to slight mistake happened that Shoki is dating Nkosi Zwide.

Andile as a Pastor and Musician

Besides acting as a bad person, he is Pastor in real life. He love to talk about God more than anything on his social media platform. Also she is musician of Apostolic songs. To know more about music and Gospel, you can follow him on Facebook underscore Andy Mthiya. What a man of God.

1 thought on “Andile Mbatha biography AKA Bra Carter from House of Zwide.”