10 interesting facts about Jesse Suntele AKA Mzi from Rhythm city.

10 interesting facts about Jesse Suntele who was known as Mzi on Rhythm city.

10 real interesting facts about Jesse Suntele who was known as Suffocate’s child as Mzi.

3. His love for acting began when he was young and he used to performs in school plays.

4. In 2013, he became part of a contest called U Can Do It and got his second appearance in the final season of Ngempela. After then in 2015 he got a role as guest starring on Generations.

Also read: Nandipha Khubone biography AKA from Sibongile on Gomora.

6. He appeared on Ashes to Ashes as Kabelo, Mutual Friends as a guest star, Ngempela as Sandile, The Hustle as J-Flo, The Queen as Tuelo.

7. Besides acting on other series, Jesse was best known for his character as Mzi on Rhythm city before it ended on 16July 2021. It wa replaced by another soapie drama called House of Zwide on started on 19July 2021. 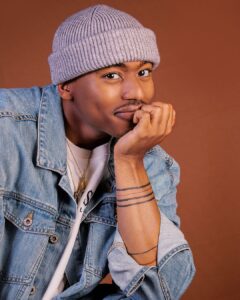 8. In terms of relationship, Jesse Suntele has a beautiful girlfriend. The two are over heels in love with each other. On Instagram he always post pictures together with her girlfriend. He is off the hook and is taken because some ladies crush over him due to his handsome looks.

9. Jesse is also a musician who sing Hip pop songs. His stage name is J-Flo. He released some songs includes High by beach ft SkyCityUno and single Outta Town.

10. With modelling, acting, presenting and music selling. The estimated net worth of money is $150 000 that Jesse is worthy.