Originally From: Democratic Republic of Congo(DRC)

Known as: Mukuna on Scandal

Mukuna from Scandal real name is Joe Kazadi. He is originally from Congo and his nationality is Congolese. The Scandal villain was born on 13 January 1991 in Democratic Republic of Congo. His age is 31 years old as of 2022.

His mother, Esther Mbuyi, transported them from the DRC to South Africa when he was ten years old, and they became refugees. Because his mother did not want him to become a child soldier in the Congo, they fled to South Africa.

They stayed in Durban, KwaZulu Natal Province, after arriving in South Africa. Joe struggled to acclimate to life in KZN because of discrimination. He realized that learning Zulu was the answer, and it worked out perfectly. He had to drop out of school when he was in his teens to help support his family financially.

As a result, he began working as a server at a restaurant. He also enrolled in a brief culinary arts course, which he paid for using the money he earned as a waiter.

A customer advised him when he was working as a waiter at a restaurant that he should explore acting and modeling since he is attractive. So he took a chance and signed with Ice Model Management, after which he moved to Johannesburg.

He is well known for his roles on The Queen as Thabiso and Uzalo as Phillipe. In films like Strike Back and Slay, he had international appearances.

Kazadi earned a few roles after relocating to Johannesburg, and he became a well-known actor. He’s also been in ads and advertisements on television. He appeared in many television serials as an extra, but it took him ten years to break into television dramas.

On Inters exions, he made his first televised appearance as Black Mamba. Then, on SABC1’s Uzalo, he won a second role as Nkunzi’s nasty boss, gangster Phillipe. He received his first major part in South African television programs after that. He played Thabiso in Mzansi Magic’s The Queen, which was his third part.

He joined the e.tv drama series and soap opera Scandal in 2021. He was cast in the part of Mukuna with James Sithole, who plays Mdala. 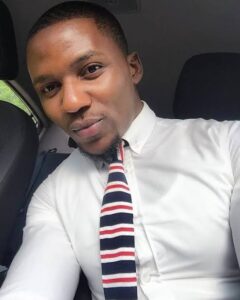 Films that he appeared on

He appeared in the film Strike Back in 2010 (a few years after arriving to Johannesburg). Then, in 2021, he starred in Dick d’vLz Reubin’s film Pusha Pressa Phanda. Along with Clyde Berning, Lindiwe Dim, and Tsholofelo Maseko, he portrayed Hubert. He also starred alongside Dawn Thandeka King in Adze Ugah’s film Slay (Slay Queen).

Other interest of Joe Kazadi

Joe used to play soccer in Durban before getting into acting. He also enrolled in fitness training and began modeling. The once homeless television celebrity is also a businessman and entrepreneur. He is a prime example of a man who rose from the ashes to become a hero.

Joe Kazadi is a single father with a daughter. His daughter’s names are Omotola (a kid who is more valuable than money) and Zizipho (gift), and her surname Kazadi means “selected one.” Kazadi has kept his daughter’s mother’s identity a secret for her own safety and security. Joe had to clarify his relationship status in January 2021, stating that he is a single father of one child and is not in a relationship.

“I hope that this finally clears up (any confusion). I stay with my daughter, all alone. There’s no woman in this house. I am a single father. I hope this clips all the chit chat, I’m done and I don’t wanna talk about this anymore, ” he said on his Instagram.