Known as: Mdala on Scandal

James Sithole ‘Mdala’ was born and raised in KwaMhlanga, a town in the picturesque Mpumalanga Province’s northwestern section. He relocated to Mamelodi in Pretoria zone 12 after finishing his education. His date of birth is on the 17th September.

He studied language practice after matric and honed his acting skills in a Pretoria art academy. He aspired to be both an actor and a translator.

In 2010, he graduated from Elukhanyisweni High School and went on to Musa Secondary School. He began his studies at the University of South Africa in 2012 and graduated in 2014. In 2012, he also enrolled at Youth In Trust State Theatre to study Communication Arts and Films. 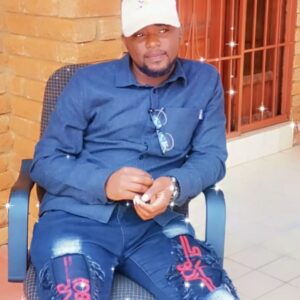 He began to pursue his interests in performing, producing, writing, and directing. His industry has given him the nickname The Prof. He has directed and produced plays in the past. He’s also mentioned in Masai Sepuru’s legendary writer, poet, artist, and performer Masai Sepuru’s theatre performance The Tragedy Of Samuel Omunye. The performance took place in the Breytenbach Theatre and created a lasting impression.

He made his debut on South African television and etv drama Scandal! on August 7, 2021. Along with Matthews Rantsuma (Nhlamulo) and Nomvelo Makhanya (Lindiwe), he played Mdala or Tokollo from Scandal.

James had hoped to see himself acting on Scandal one day. He watched Scandal since it started. His favourite character was Mangi on Scandal. Also at that time he wished he could have acted as Daniel Nyathi son on Scandal. Luckily his dream to appear on Scandal was fulfilled.

Mdala, the character he plays on Scandal, is his first television role. And there’s no doubt that more doors will open in James’ life. On Scandal, he plays Tokollo or Mdala, a nasty young man who used to work with Nhlamulo in illegal activities.

When Mdala initially came, he wreaked havoc in the life of Nhlamulo, a repentant criminal. His ultimate goal was to reintroduce Nhlamulo to the criminal underworld.

Since his debut on eTv’s Scandal, the actor has been praised as one of the country’s first fluent IsiNdebele speaking actors. He’s had well wishes from all throughout the country. His acting abilities have also made an impression on audiences. 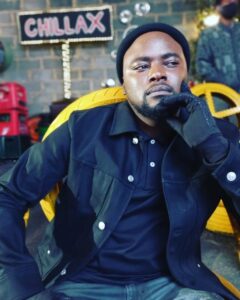 His facebook show that he is a married man. There is no information he revealed to confirm this or pictures he posted for her wife.