From: Pimville, Soweto in South Africa

Mandla N is a South African Actor, Producer and Director. He was born on the 9th of April in Pimville, Soweto in South Africa. The DiepCity producer was married to Tumi Masemola, they had two daughters. Unfortunately, they divorced and are now co parenting their kids.

He matriculated in 1999 at De La Salle College, a Johannesburg missionary school in Victory Park, Gauteng, and then transferred to AFDA, a university for creatives with prominent graduates like as Shekhinah, Thapelo Mokoena, and Vuyo Dabula. He earned a Bachelor of Arts degree in Directing in 2001. During his time as an undergraduate, he won the AFDA prize for Best Screen Actor. Mandla co-founded the music band ‘Gang of Instrumentals’ with his then-girlfriend and schoolmate Tumi Masemola. 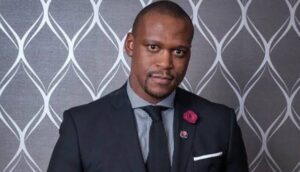 Mandla N began his career in the entertainment industry at the age of 19. His debut acting role was in the SABC1 series City Ses’a, which ran from 2005 until 2010. He demonstrated his versatility by playing the humorous part of Themba Khumalo, and his career has soared since then.

Mandla’s creative director resume included SABC and Mzanzi Magic. Culture Shock, Crowning Miss Soweto, Abo Mzala, The B-Ball Show, Mzansi: Jozi to Kapa, and Van Toeka Af are some of the Mandla N programmes and movies. Love Plastic Money, No7 KnoxMan, Conman TV, and Trigger Happy are among the others. As well he directed the movies called Lockdown.

He is also the producer of DiepCity and Black Door. The Black Door is currently aired on e.tv at 21:30 every week days.

Mandla continues to outdo himself with each single film he directs, and the TV series Lockdown was no exception, keeping South Africans glued to their televisions. The series took home five major prizes at the 2019 SAFTAs, including Best TV Drama, Best Achievement in Scriptwriting, and Best Achievement in Make-up & Hairstyling. 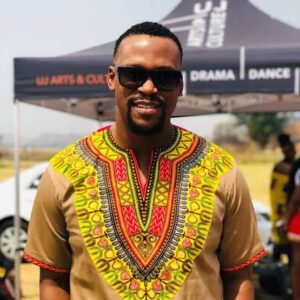 Mandla’s musical background had a big impact on how he perceived his fellow humans. In February 2020, he announced this in an exclusive interview with SCREEN AFRICA. He explained that being a part of a musical group required him to travel frequently for plays and concerts, which exposed him to a wide range of South Africans, including people of various cultures and habits who he would not have encountered otherwise. In addition, the filmmaker completed multiple acting workshops and performed a drama on various stages. He described his time with the Gang of Instrumental as a “mind-opening” event.

The founding of Black Brain production

He takes a lot of pictures and says that the company was founded solely to level the playing field between white and black producers in the sector. He has also advocated for as many job options as possible for black South Africans who are interested in the arts.

Mandla maintains a very corporate and professional work environment at all times, thus there is hard labor involved with Black Brain Pictures. He has stated several times that his purpose is to give black artists structure, roots, safety, and stability. That, in essence, is Black Brain’s legacy.

Mandla credits his directing success to his remarkable ability to tell any story. And not just telling it; truly telling it. The majority of his films are aimed towards the black South African audience. He claims that there has been a tremendous void in the representation of black South Africans on television and film since he was a young adult. Mandla decided to fill the void by conveying these traditional stories in a way that only a black South African could.

He also claims that his acting experience helped him develop his directing abilities. Mandla is an expert in his field, with an understanding of performance, delivery, and purpose clarity. He also understands his audience as a savvy businessman. He understands their thirst, and he satisfies it by showing his stories as realistically as possible, with no unneeded glamorization. Diep City, one of his most well-known films as a director, depicts four young women who are trying to live at all costs, even if it means sacrificing their morals.

After almost 22 years of friendship and 16 years of living together, the two decided to call it quits. Infidelity on both sides is said to be the cause of their breakup. They fought allegations about their problematic marriage for years until late 2017, when it finally fell apart.

Mandla N sued his ex wife and business partner for R2.2 million back in 2017. His wife, he claims, took R2.2 million from the company’s account without his permission. Mandla Ngcongwane later spoke about her experience.

While Mandla N’s net worth is unknown, his company, Black Brain Pictures, has a multimillion Rand Nampak deal. The arrangement, which would see him work for Nampak subsidiary Bevcan, must have had a significant impact on his net worth.

A rumor about Mandla Ngcongwane and Zola Nombona being “more than friends” went popular on social media. This was based on a post-interview interaction between the award-winning director and actress, which raised questions about whether they are just coworkers.

“Happy birthday King. I genuinely have no words but I know you know how much I love and appreciate you. May the Lord keep filling your cup and may he grant you all your hearts desires. Got mad love for you @mandla_n.”