Who is Duma Ndlovu the producer of Muvhango?

From: Soweto, Gauteng in South Africa

Who is he? Duma Ndlovu, a South African poet, filmmaker, producer, journalist, and playwright, was born on October 12, 1954. Hails from Soweto, Gauteng in South Africa. He has created award-winning shows such as Muvhango, Imbewu: The Seed, and Uzalo in the South African television industry.

Duma Ndlovu is Zulu and was born in Soweto, Gauteng; however, his ancestral home is in Bergville, KwaZulu-Natal. He attended Senaoane’s Sekano Ntoane High School. 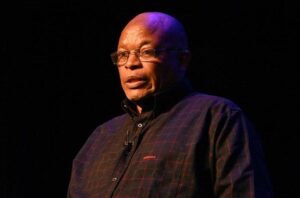 He began writing for The World newspaper after graduating from high school. He went on to form the Medupe Writers Association, a group dedicated to encouraging young black people to pursue careers as writers.

He was the organization’s president until 1977, when the apartheid government outlawed it for its involvement in anti-apartheid and black awareness campaigns.

After the apartheid authorities banned Ndlovu and many other members of the Medupe Writers Association, he fled South Africa for the United States to avoid being punished. He was able to study and earn his master’s degree at Hunter College in New York while in the United States.

Ndlovu established the Woza Afrika Foundation in 1985 to provide opportunities for young black aspiring actors and actresses to pursue their goals while simultaneously raising monies to assist the arts in South Africa. At the State University of New York at Stony Brook, he also taught African-American literature and music.

Duma Ndlovu returned to South Africa in 1992 and formed Word Of Mouth Productions, which produces music, theater, and television shows.

The company was successful, and a few years later it was chosen as the official casting company for Disney’s The Lion King on Broadway.

Murendeni’, the first Tshivenda TV drama set in Limpopo, was created by Ndlovu. The show began in TshiVenda, but gradually added other languages to bridge the cultural divide between South Africa’s many tribes. The first episode of the show aired on Sabc 2 on April 7, 1997, to positive reviews. The show was a hit and received numerous accolades. For his contributions to Muvhango, Ndlovu received an honorary doctorate from the University of Venda. Muvhango is Sabc’s most popular show, with 6 million viewers on May 16.

“With your first tongue being Zulu,” Why isn’t a Zulu drama? Duma Ndlovu was questioned.

“I saw a gap, Zulu is not a marginalised language; in fact, Zulu is the majority language in South Africa so I then decided to write in the smallest South African language, Tshivenda, because I was familiar with it. I’d learnt it as a child and I was familiar with the cultures. I thought it would make an impact, and it did so the reading of the situation was quite correct.” 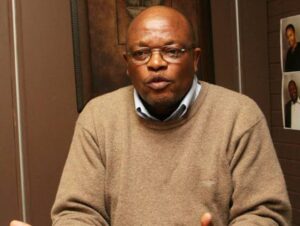 Duma Ndlovu is the creator of the telenovela Uzalo, which is set in KwaMashu’s F sector in KwaZulu-Natal. Despite only airing five evenings a week, the show’s inaugural episode aired on Sabc 1 on February 9, 2015, and was an instant smash with viewers, gaining 5.5 million viewers in less than a month. Due to schedule changes on SABC 1, Uzalo was temporarily transferred to SABC 2 and surpassed Muvhango as the most watched show on the channel; however, Muvhango reclaimed the top rank after Uzalo was relocated back to SABC 1.

At the end of September 2018, Uzalo had broken all records in the history of television viewing in South Africa. On the first of October 2018 the show had reached 10.2 million viewers, cementing its top spot as the most watched television programme by far.

Duma Ndlovu created Imbewu: The Seed with Leleti Khumalo and Anant Singh as executive producers.The show is broadcast on etv and has received positive reviews from the viewers. It attracted 2.7 million viewers on its premier and as of December 2018 it had over 4 million viewers.

●In 2022 Ndlovu received a PhD (honoris causa) from the University of Zululand (Ongoye).

● Duma Ndlovu received an honorary PhD from the University of Venda.