Nwabisa Noguba is known for acting on Wrong Girl as Goty. She was born 15 February.

Known as: Goty on the Wrong Girl film

Nwabisa Noguba is a South African Actress and Presenter, Filmmaker and Content creator. She was born 15 February in Mount Frere in Eastern Cape. At the age of 7 years old, she lost his father. It was very hurtful for her since she spent most time without him.

She went to Pretoria west high school and further her studies with Unisa.

The Wrong Girl tells the story of Fhatuwani, an undercover Hawks agent who is kidnapped by three amateur thugs — Moses, Dawg, and Chekers — in order to infiltrate and take down a brutal human trafficking network run by Goty. The story’s twists and turns are what keep it interesting. As if that weren’t enough, Goty is completely clueless of the facts her fictitious mother is concealing throughout the short film. 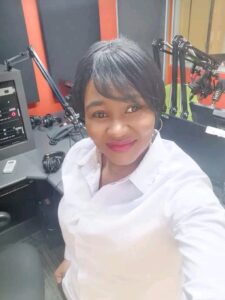 Besides appeared in short films, Nwabisa is into Radio DJ. She spent most of her time on air. She is sports presenter at Radio pulpit 657 AM.
Also she once became a mentor for interns that she trained on radio. The interns were from different institutions such as TUT, Boston Meida house and Damelin.