Sicelo Buthelezi was born 5 February  1999 in Tembisa. He is known as Teddy from Gomora.

Known as: Teddy from Gomora

Sicelo Buthelezi is a South African actor in his early twenties. On the 5th of February, 1999, he was born. He attended Tembisa’s Inqayizevele Secondary School before joining The Market Theatre Laboratory in 2018. He was cast in many shows at The Market Theatre, including Words Fail, HANI: THE LEGACY, and Babylon: Beyond Borders, which was live-streamed over four stages.

Buthelezi first appeared on our screens in 2018 when he starred in The Cleaner, a film that was part of the SABC 1 documentary series Now or Never. Buthelezi is now starring as Teddy in the Mzansi Magic television serial Gomora. 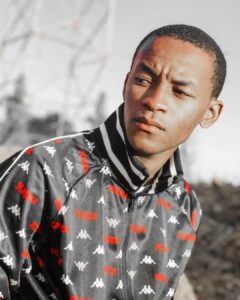 Also read: Mohale and Lasizwe will star in a new Netflix series.

Buthelezi remembers receiving the call in January of last year informing him that he had made the cut to star on Gomora, and how he knew his life was about to change. He had only two months prior graduated from the Market Theatre Laboratory in Joburg, where he had trained as a theatre performer.

“I was actually thinking about it today,” he says. “I got a call, I don’t know from who specifically, but they said I got the role. And I was with a friend of mine and when I got that call he was the first person to be like, ‘Your life is about to change.’ I knew how big the show was going to be because it was replacing Isithembiso, and that slot is big.”

Buthelezi portrays Sibusiso “Teddy” Zondo, a troubled adolescent who struggles in school due to learning difficulties brought on by foetal alcohol syndrome. Buthelezi has had a lot of fun portraying this persona over the last two years.

“Teddy is the most fun person to play, because there are no limits to him,” he says. “Teddy can be anything. He can be any guy you can think of, from ekasi who’s being funny, whom people don’t take seriously… but then, genuinely, he is that kid whom you look at and think, ‘I wish people like him were taken seriously and given a chance to prove themselves in our society.’” 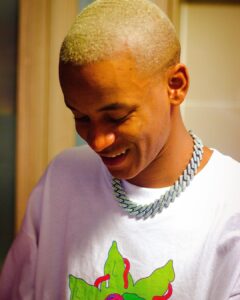 Buthelezi is a music artist and occasional event MC noted for his contagious and lively on-stage attitude, in addition to his acting career.

“There are two sides to Sicelo,” he explains. “There’s Sicelo Buthelezi the actor and then there’s Seekay. Seekay is the musician. He’s the one who’s going to entertain people and do music. It’s something that’s been inside me. I grew up doing music before acting. Then acting took over and I felt I needed to focus on one — the one where it’s guaranteed that if I focus and put 100% in, something will definitely come out.”

Sicelo received the Outstanding Newcomer Award at the 4th Royalty Soapie Awards in 2020.