It was April 07th 1997 at 7.30pm on a Monday evening when Muvhango went on air on SABC-2 for the first time. This week Thursday marks 25years since that historic day. It was a monumental occasion in the history of South African television. (Well, we did not know just how monumental then). There had never been a program of any kind in the TshiVenda language on South African television, ever! – In fact it is possible that the language itself had never been spoken on the small screen even just in passing. Until then those amazing people from the Northern most part of our country did not have a valid reason to buy television sets or even pay for their TV licenses. Hence when Muvhango went on air, that part of the world exploded in hysteria and unbridled joy! (I remember a friend of mine telling me that Ellerines and a few furniture shops had run out of television sets and there was a waiting list!) 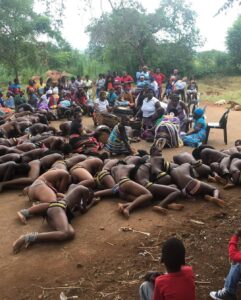 Suddenly the smallest language group in South Africa became the most talked about. Everyone started developing an interest in the Tshivenda people, their language, their culture and customs. Of course we milked the opportunity and showcased some interesting aspects of the TshiVenda culture and tradition.Because of that popularity SABC was forced to increase the drama, first to 26 episodes, and then to 2 days a week, and eventually to a full blown.

I had grown up in Phiri, Soweto, next to Chiawelo and had witnessed how the TshiVenda and XiTsonga speaking people were denigrated and vilified, just for being who they were. The apartheid machinery had succeeded in tearing us apart and letting us loose on each other. Muvhango sought to correct that image and made an effort to restore 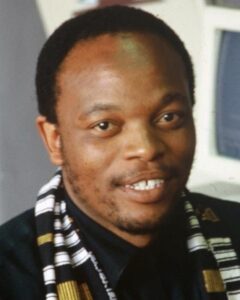 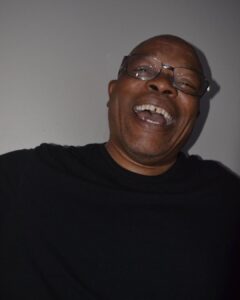 Today not only is Muvhango one of the top soapies in the country but the language and its people are a mainstay of everyday South African culture and there have been numerous spin offs to the success of the soapie.

WORD OF MOUTH PICTURES and THE SABC will be embarking on a number of programs to mark the Jubilee celebrations.