Amina Jack was born 2 December 2000 in Newcastle. She is known as Thokozani Zungu from Isibaya.

Known as: Thokozani Zungu from Isibaya

Amina Jack is South African Actress and a student. She was born on the 2nd of December in Newcastle. Her Mom, Mrs. Ethel Jack has four children, she is the last born among them. She attended Newcastle’s Qhubimfundo Primary School and Johannesburg’s Forest Hill Primary School before completing Grade 12 at Johannesburg’s Nationwide School. She doing her second year this year studying psychology at the University of KwaZulu-Natal.

She was born in Newcastle and moved to Johannesburg with her family when she was nine years old.
In Johannesburg she says she came to dwell with her mother. She started a new school in 2010, and that’s when everything began. 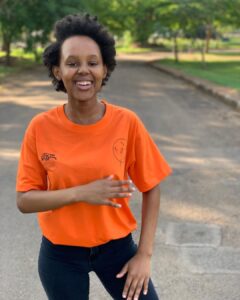 Her debut acting role was on SABC 1’s Zone14 in 2010, where she played Mbali, a young girl.
Her mother kept telling her about the auditions on Zone14 when she was in fourth grade. She said no both times. ”
Her mother, on the other hand, was adamant.

Amina claims that she didn’t want to go since she is a shy person, which many people are unaware of. She gave in for the third time after her mother informed her of the auditions.

Her mother advised her to “test it out” and “let it go” if she didn’t like it.
As a result, they went to the audition, and she was cast as Mbali.
Amina stayed on Zone14 until the show ended, then auditioned for Thokozani on Isibiya at the age of 13 in 2013. She didn’t get on the show until the following year 2014, and she’s been on Isibaya ever since. 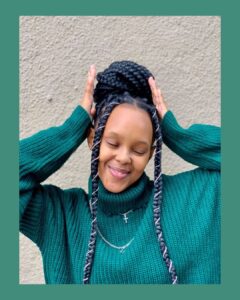 Amina, who portrays Thokozani on Mzansi Magic’s Isibaya, assures us that her real life is nothing like her onscreen persona.
The actress, who first appeared on Isibaya at the age of 14, claims that her fans are too protective of her character since they have seen her grow up on the show.

2 thoughts on “Amina Jack biography AKA Thokozani on Isibaya.”