Bukamina Cebenkulu biography AKA Gugu on Muvhango was born on the 31th July 1986.

Known as: Gugu on Muvhango

Bukamina Fanele Cebenkulu who is well known as Gugu on Muvhango is South African Actress, Dancer and Singer. The Muvhango actress was born 31 July 1986 in Ndabayakhe, Emphangeni village in KwaZulu Natal. She is a village girl born from hard working parents. Her father, Mandlenkosi is a bus driver while her mother, Thulakele is a housewife. As a child she would hide behind her Mom when seeing a stranger like most children do. Her character was very shy.

She moved in Johannesburg in 2008 to further her studies. Afterwards, she studied live performance and motion picture at AFDA where she obtained her degree. Her graduation took place in 2010/2011.

Her journey into acting career

She made an appearance in two shows named iNkaba and Ingozi drama. Her appearance in the drama led her to the role of Gugu on Muvhango. She was introduced to the soapie as Imani’s cousin. The character of Gugu was suppose to act for three months. Due to viewers fallen in love with her character, she is still acting as Gugu until now. 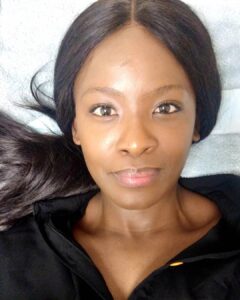 Bukamina bold hair suit her character because Gugu on Muvhango is bold. The producer were looking for a bold person for the character and they found her suitable then she cut her hair. People questioned if she has cancer or not, the actress has no cancer. She is perfectly healthy. It has been three years since she decided to be bold to suit the character.

There is no information she revealed about status of her relationship. According to her age she could be married and have kids. 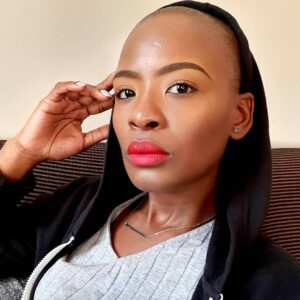 It has not yet revealed about her net worth but the actress has so much talent. Besides acting she is also a Singer and Dancer which are other streams of her income.

Her advice to youth

“Young people must dream their dream to come true”

“Young people must be proud of where they come from”