Sikelelwa Vuyeleni bio AKA Nambitha on House of Zwide. She was born on the 26th of August 1998.

Nambitha from House of Zwide biography.

Known as: Thando from Hope or Nambitha from House of Zwide or Owami from Vula Vala

Sikelelwa Vuyeleni known as Nambitha from House of Zwide is South African Actor and Model. She was born 26 August 1998, from a small village called Mtsheko in Cacadu near Komani(formerly Queenstown). Cape town is her home but she stayed for two years then moved to Eastern Cape. In Eastern Cape she stayed for 6 years and moved back to Cape town again. She attended different schools because her parents moved from one place to another. Before she get used to her school mates, they would move which made her adaptive to change.

She is one of those who didn’t know what she want to become, but looking back she always had an interest in performing. Often, she was always at the forefront of art and performance related culture projects. When she moved to high school at Belhar High School, she chose drama related subjects, even later when she was attending Eersterivier High School. Both these high schools were focused on art and culture.
So after matric she went to study film and video at University of Cape Town. 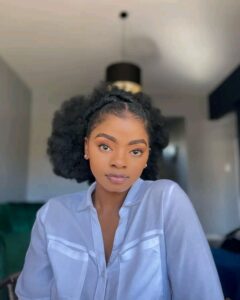 Her career in acting began 2014, when she was in High School in grade 10 at Eersterivier High School . She first appeared on e.tv police drama called Traffic as Zen. After getting a role as Zen, she began taking acting seriously.

Sikelelwa was cast as Lelethu in the Mzansi Magic drama series Isikizi in 2017, with her first appearance in Season 2, Episode 5. (which aired on 8 May, 2017).

She won her first major role in television in 2018 when she was cast as Thando in Hope, the first written sitcom to run on new DStv channel Moja Love, which premiered on February 14, 2018. Also she appeared on the River and Down South 2.

In 2020, she bagged a role to act on Vula Vala. The opportunity came when she auditioned online through Instagram live for Black Brain. Due to lockdown it happened that she was studying online and was able to travel to Johannesburg for the shooting. On the drama series she was potraying a character as Owami. She acted alongside some legends actors such as Thina Jaxa and Sello Maake.

Sikelelwa is currently acting on House of Zwide since 2021. She is well known as Nambitha, fashion designer intern at House of Zwide. 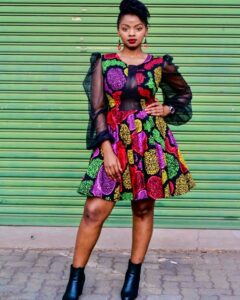 It’s not yet known if she in a relationship or married because she keep her personal life private. Nobody knows Sikelelwa’s boyfriend.