Known as: Jason on Imbewu

Byron McNeil who known as Jason on Imbewu is Zimbabwean born but his nationality is South African. The family for Byron relocated in South Africa in 1999, they lived Mtubatuba in KwaZulu Natal Province. McNeil is very tall his height is 1.81m. His comfortable language of communication is English. Currently he stays in Durban KwaZulu Natal.

After coming to Richards Bay in 2008, McNeil fell in love with the high school supper theatre “Shakespeare.” At the end of each year, he was awarded the trophy for best actor. Following matriculation, the choice between becoming a chef and acting became much easier.

He moved to Durban to study at AFDA after completing his matriculation. Every semester, Byron completed a lot of film work at AFDA, including directing, shooting, and acting in a film. Then, in March 2017, he received his Bachelor of Arts in live performance from AFDA. 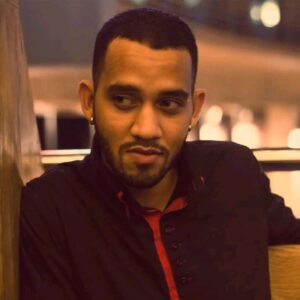 McNeil worked in short films, theater plays, commercials, and television dramas after completing his education at AFDA. Murder on Mondays, directed by Preven Reddy, was his first stage production, in which he played the lead role in 2015.

In 2018, he appeared in two supporting roles, one in Kickstart Productions’ Camelot and the other in Rajesh Gopie’s Hook Or By Crook. The next year, he appeared in a supporting part in Menzi Mkwane’s Romeo and Juliet, which was produced by Namalandi. 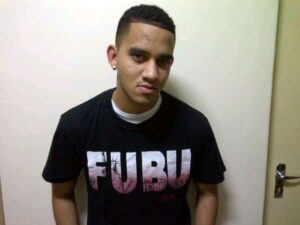 Byron McNeill appears in two films in 2017. The first was in Go Big Productions’ Deep End, in which he had a cameo role, and the second was in Durban Films Commission’s Times Up Vinny, a short film. In 2018, he starred in the web series Freedom Street as the main character. Then, in 2019, he appeared in a supporting part in Kyle Smith’s short film Head Up.

McNeil’s big break came in the film Imbewu The Seed, where he played Jason, Shria Rampersad’s (Kajal Maharaj) boyfriend and a lawyer.

Byron other work besides acting

In films like Kandasamys Wedding, 3 Day to Go, Brothers For Life, and Comatose, he worked behind the scenes as a camera loader or as a camera assistant. He was in the Top 20 of MTV’s Base VJ Search in 2018. He also starred in commercials, including a major role in a 2016 Abbott Health Care campaign and a supporting one in a 2018 Bed and Breakfast advertisement. [nine]

Byron is also a singer who has performed in a variety of theaters and shows.