Biography profile of Mo on Scandal

Known as: Mo on Scandal

‘Mo’ Motshabi on Scandal real name is Dakalo Molope. The upcoming actress is a South African Choreographer, Percussionist and Presenter. She was born 2006 in West Rand. Malope currently lives with her mother.

From the West Rand comes this 16-year-old thespian. She is currently a student at Johannesburg’s National School of the Arts, where she had the opportunity to audition for the role of Mo.

Dakalo began her acting career at National School of The Arts, where she co-starred with her classmates in the Showmax drama “Pearls of Wisdom.” Linda Sokhulu, among others, appeared in the drama, which was directed by Sihle Hlope. It was first broadcast on Showmax on 14 June 2021, and then on Mzansi Magic Channel 161 in November 2021.

She then earned the character of Motshabi nicknamed Mo in the Scandal e.tv soap series.

Despite the fact that she didn’t expect to get the part due to the large amount of applicants at the time, she says she’s having a blast portraying the troubled adolescent.

“When I look back at my entire life, from when I was a toddler to now as a teenager, everything about me has been influenced by my love for acting. So I think in hindsight, I’ve always known that I want to take this path in my life,’ said the bubbly performer. 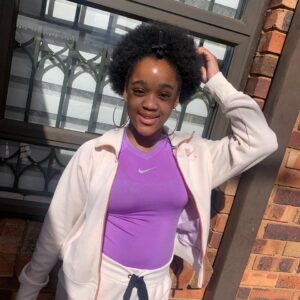 Storyline of Mo on Scandal

Scandal! fans will recall that Dintle Nyathi, a series legend, gave up a daughter for adoption 14 years ago. She wants to learn more about her mother 14 years later.

Mo, played by Dakalo Molope, is as fiery as her mother and makes sure nothing comes in the way of her goals.

She had only one goal in life: to climb onto Izigigaba, which she did.

She asks Dintle why she handed her only daughter away live on television. Dintle, ashamed for the first time, is unable to confront her difficulties and flees the studio as her old demons begin to haunt her. 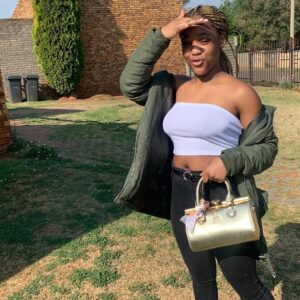