Known as: Lewatle from Skeem Saam

Mosa Nkwashu is a South African Actress, Model and Netball player. She was born 2007 in Mahwereleng in Limpopo. Her age is 15 years old as of 2022. Currently she is doing her grade 10 at Curro Thachfield High School.

Her modelling journey and acting.

Her interest for modelling developed at a young age. Mosa Nkwashu, who was 14-year-old beauty queen from Mahwelereng in Limpopo, was already preparing to represent South Africa at the International Junior Miss 2021 pageant in Florida on November 30 at the Hyatt Regency Hotel in Orlando.

The event was held to stimulate good achievement among youth and young women by assisting in the development and strengthening of self-awareness.

Her major break came when she won Miss Valentine 2016 at Curro Thatchfield High School in Pretoria.

Her silverware cabinet began to fill up with crowns after that, including Miss Centurion Schools 2018, Miss Gauteng Teen 2019, and Miss Supranational Grand Supreme 2019.

Mosa won the Grand Prix Supreme at the 2018 Festival Model and Talent Festival World in Antalya, Turkey, where she represented South Africa. 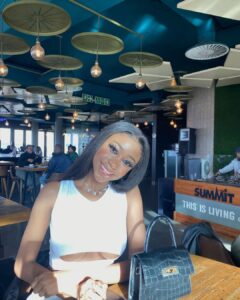 Mosa has been cast as Lewatle, a new pupil at Turfloop High, in the very popular drama series Skeem Saam, which airs on SABC 1 weekdays at 18:30. This is her first appearance on Television, a beginning to her acting career.

She shared that she will be scheduling her work at school as well as in acting. In order to balance both tasks at hand.

Her mother was the biggest reason why she is a model today. She insisted that her mom find her an agent, which her Mom did. Until from that time she has won different title as mentioned above.