Florence Mokgatsi is a South African Actress who was born on the 6th of October 1992.

From: Zone 4, Meadowlands in Soweto

Known as: Tshidi on Souls buddzy

Florence Mokgatsi is a South African Actress and Entrepreneur. She was born and bred in Zone 4, Meadowlands in Soweto. Her date of birth is on 6th of October 1992, age 30 years old as of 2022.

She studied acting at the Youth in Trust Performing Arts School in Marshaltown, where Nelson Mokoena served as a mentor, and she attended Forte High School in Dobsonville.

Florence began acting at the age of 12. In the SABC1 children’s drama series Soul Buddyz, she played the character Tshidi. In the SABC1 sitcom Nomzamo, she also played a supporting part.

She is best known for her role as Itumeleng Motaung, daughter of ANC Chief Whip Zweli Motaung), in the SABC2 television drama series 90 Plein Street, from 2007-2012.

Everyday and Mafia Kids was a stage play in which she played the lead role. She also performed with Youth in Trust at the Windbrow Children’s Theatre and the Wits Great Hall Theatre.

The actress is well-known for her roles, including Lerato in Isibaya. She now plays Confidence in the major role of Unmarried. 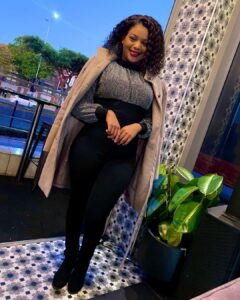 Her goal is to excel as a dancer and actress and appear in Hollywood movies. Also her interests include reading, writing, and modeling.

In 2006, she won best actress for Kongkoriko Productions.

In 2020, she got married to her long-term boyfriend. The wedding took place in Soweto. Her husband’s name is not yet known but his last name is Matlakala. Florence Mokgatsi is now Florence Matlakala but she prefer to use her real name from birth. Florence was blessed with one daughter whom she loves so much.