Fortune Thobejane is a 40 years old Actor, he is known as Bra Sikes on Skeem Saam or Jomo on Gomora.

Known as: Bra Sikes on Skeem Saam or Jomo on Gomora

Fortune Thobejane is a South African Actor, Voice over artist, Musician and MC. He was born 25 January 1982 and grew up in Bokgaga, Ga-Maake in Greater Tzaneen Municipality, he is currently resides in Alexander, Gauteng. As of 2021, he is 40 years old. The actor is best known as Jomo on Gomora as well as Bra Sikes on Skeem Saam. 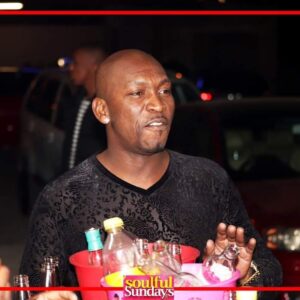 Fortune Thobejane as a Voice over artist.

Prior to his exit on the drama series Gomora, Fortune got an opportunity to become a Voice over the famous laughter on the soapie. On Gomora, his laughter is now used as a signature of the drama series. Although his character as Jomo on Gomora was killed, he left a mark of his famous laughter and fan and viewers will always remember him with that.

Most people knows him as Mr Dangerous which is his nickname. The name doesn’t mean he is dangerous in real life, in real life he is good man. Even though he had been acting as dangerous and a bad man, he is humble man. 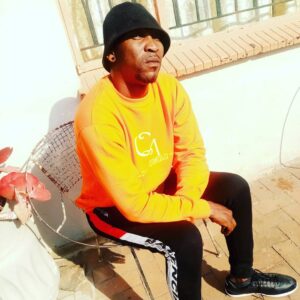 His character as Bra Sikes on Skeem Saam.

“The notorious Bra Sikes set to make a comeback. With Bra Sikes in the picture, could he turn Noah into a celebrated thug?

Poor Noah was left in his grandmother’s hands, and Noah was exposed to a life of crime as his gangster. Her grandmother ran the local underworld with an iron fist and a taste for blood. He was given a second chance at life when he moved back to Turfloop.

Things were looking promising for the youngster with dreams until that fateful night of the Maphosa factory fire that finally landed him up in prison late last year.

For now, it’s too early to say, but somehow we don’t think Bra Sikes would be happy to leave his son. No doubt he won’t leave his son in the grubby hands of the Maputla clan.

Fortune admits that, for now, the father-son prison visits haven’t had much impact on their relatively new relationship, “But Bra Sikes will make sure that he makes time to see Noah as much as he can.” 1