Gift Mokhampanyane biography, he is known as Fanie on Skeem Saam.

Status: In a relationship

Gift Mokhampanyane is a South African actor and TV presenter. He was born 16 April 1988 in Johannesburg, Gauteng. Since from young age, she was raised by her single mother. His father was coming in and out of his life.

In 2005, he was part of Soul Buddyz potraying a character as Sipho. Soul Buddyz is educational program aired on SABC 1. His journey of acting didn’t end there. He was also a TV presenter of Yo TV in 2011, a program which deal with children. Although he started to act on Soul Buddyz without experience, he got another opportunity to act on Skeem Saam. On the soapie, he potrayed a character as Fanie. Sadly his character ended recent after he was killed by Lehasa. 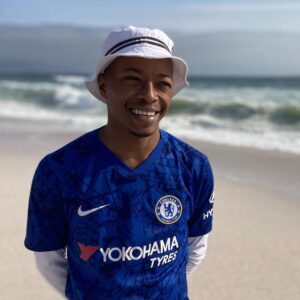 A lot of people were devastated about his exit. Due to the hatred that people had towards Lehasa on Skeem Saam.They thought it was unfair that Lehasa is always getting away with crimes.

Gift grew up without his Father.

He was raised by a single parent and r his father left him. Due to the financial crisis, his Mom had to fight for him to be maintained by his father. An amount of R400 were given to him, sometimes it was R200. The mother also requested his father to spend time with gift as rather than only paying maintenance.

Gift said that after he started being a presenter on Yo TV. His father stopped to look after him. The only time he last saw his father was when he was sick, after he went through surgery. He said he has moved on from being rejected by his father, and he wished his life could have been different if his father was present.

He has been in long term relationship with her girlfriend Palesa Shole. It’s his. long time ago girlfriend, they are still together even today. There is no news about them getting married or taking their relationship to the next level. Gift always post pictures about his girlfriend and they seem to be in love.