Jeffrey Sekele biography, he currently known by his new role on House of Zwide as Isaac.

Jeffrey Sekele is South African Actor and voice artist. He was born in Leeufontein Marble mall, in Limpopo.He is 47 years old this year 2021. His birthday is 20 August 1973. He is married man with two kids, a boy and a girl. He got married through traditional wedding.His father was a security and his mother a domestic worker. When growing up, he wanted to become a lawyer. He also wanted to become writer but his parents didn’t want him to be. He loves writing and wishes that one day he will write a book. He is family man as well, he said that he tries to balance work and being his family. He is a multilingual, he can speak English, IsiZulu, Setswana, Sepedi and Sesotho. 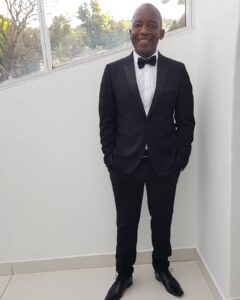 In 1999, he started seriously acting professionally.In 2014, he joined to act in Isibaya.He potrayed a character as Blade, a right hand man for Bhekifa Ngubane.He acted in several drama series such as Gaz’lam, Heartlines, Soul Buddyz, Jozi-H, Unsung Heroes, Muvhango, Strike Back, Jacob’s Cross and End Game. He appeared in films like Jerusalem and 48.Most of his character he acted as villain. He also decribed himself as a shy man. He said he doesn’t know how he do it when acting. 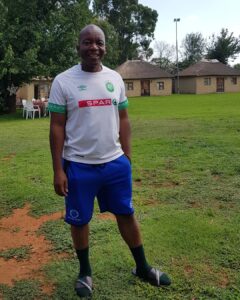 House of Zwide storyline for Isaac.

The Godfather, Isaac (Jeffrey Sekele) is a sympathetic gangster and former Umkhonto we Sizwe veteran who was involved in the turbulent hostel wars during the mid-’90s.

Isaac is a loving father to two beautiful daughters and a husband to Rea (Matshepo Maleme), who is burdened with the secret that Ona is not her daughter – a secret which becomes even heavier when Isaac finally reveals who Ona really is.