Phindile Gwala biography populary known as Nonny from Muvhango as well as Fikile on Imbeu.

Phindile Gwala Ngandu is a South African actress, enterprenuer and Speaker. She was born 1986 in Eshowe KwaZulu Natal and comes from a Christian family. Her parents are Pastors. She is married to Congolese man Armando Ngandu. This is her second marriage, she was married before but her husband died in accident. She has one child with the late husband. Her current husband also has his own child from previous relationship.The couple do not have children together so far. Her native language is Zulu and second language English. 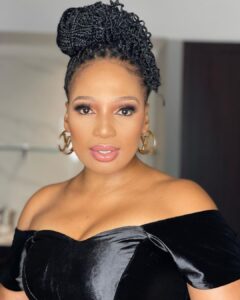 She described her relationship as love at first sight. She met her husband at the park in Johannesburg. Her husband managed to get her number through a friend. They started texting and calling each other. The first day they met, she said from that time she felt that her husband was the one. It’s difficult to find love in one day but for Phindile it was just simple as that.The couple always post pictures about themselves on Instagram. Their marriage relationship still going strong despite challenges.

After she finished high school, she went to study to be Enterprenuership. She used to play stage dramas which lead her to have a character on Muvhango. On Muvhango she was populary known as Nonny. After few years acting on Muvhango, she decided to exited the soapie. She said her reason to exit was to promote her brand. In 2020, she joined the soapie on e.TV called Imbewu. She is potraying a character as Fikile. 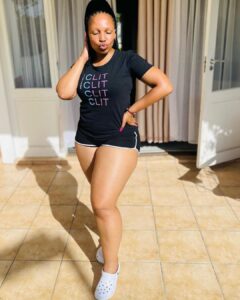 Phindile critized for posting her husband on social media.

The first time she posted her pictures with her husband, people were critizing them. Her husband is Congolese. Some of people were saying ‘ it will end in tears’.So she replied to them saying.

“I was criticized when I started posting my man a few years back. Isn’t it now a trend to post your partner? Don’t be afraid of showing off your blessings, people post their cars and lose them, post their new houses, and get repossessed, posting about their new jobs and get retrenched. So nothing is guaranteed, nothing lives forever. Just do what feels right at that moment,” she said.