Life History of Pearl Noxolo Monama AKA Sphe on Generations the legacy.

Biography profile of Sphe on Generations the legacy

Known as: Sphe on Generations the legacy

Life history of Pearl Noxolo Monama: She is a South African actor and assistant director as well as a Tutor. Her date of birth is on the 10th of December 1994. The generation actress is from Witbank in South Africa. Both her parents raised her, with her mother working for African bank and her father working for Standard. Sharing on an interview she reviewed that she has brother. Its not known if it is her young or big brother. Educationally she attended school at Benoni’s Witbank Laerskool Kragbron and Horskool Brandwag. After, she then studied at University of Pretoria where she obtained her degree in Drama and Film.

Her career in acting

She started acting in 2014 on Suurlemoen, a film, as a lead role, this was just after she graduated. Also she made an appearance in Drama such as Scandal, Isindingo and Isibaya.

In 2016 she got another role to act on Generations the legacy. On the drama series she is potraying a character as Sphe. The daughter of Jack Mabaso.

Sphe storyline on Generations the legacy

She was married to Mazwi but later fallen in love with Winston. Wiston is a IT guy and also a serial. Sphe was not aware about her new boyfriend behavior. She discovered when it’s too late that he is psychopathy. We saw that her boyfriend kidnapped her and another one. One life was lost atleast Sphe survived the death penalty. 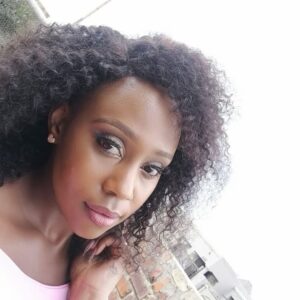 “People think that I am the person that I am on TV. They see me and expect me to know them. I never know how to receive that, especially when they are over-excited. They can sometimes get carried away, and they pull you in different directions.”

Other career Besides acting

Although she is married on the drama, in real life she is not married. About her boyfriend there is no information she revealed about it. Even about her, having kids, its unknown.

The upcoming actress is still on the rise, and her net worth is $400 000. Judging from her social media, Pearl lives her best life and makes a pretty penny from her acting gigs and her job as an assistant director.