Lindiwe Ndlovu biography age, career, death, and cause of death.

From: Dube, Soweto in South Africa

Known as: Qondi on Mazinyo dot or Sponono on Zabalaza

Lindiwe Ndlovu was born on January 8, 1976, in Dube, Soweto, but was raised in the eThekwini town of Hammarsdale since she was a baby. She is the elder daughter of popular community playwright Stanford Ngidi.

In 1995, she graduated from Wingen Heights Secondary School in Shallcross, Durban. While joining the police force was an option she pondered, the theatre’s charm and mystery drew her in closer and piqued her interest. She began a two-year training program at the Market Theatre Laboratory in 1997.

For a young woman from a poor community in KwaZulu-Natal, studying acting in Johannesburg was neither a guarantee nor an easy decision. She wasn’t, however, alone. Her family backed her up and provided the emotional and material support she required. She lived with her mother’s sister, Teresa Msimang, in Pimville, Soweto, during her studies. On so many aspects, it was a completely new world for her, and the hustle and bustle of Johannesburg was contagious. 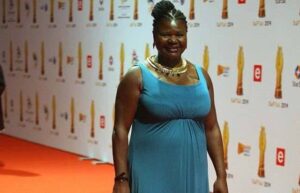 She is widely recognized for her roles as Malawian maid Buseje in Ses’Top La and as Qondi in Mazinyo Dot Q (2004).

Egoli, Stokvel, Erfsondes, Soul City, Scandal!, Isidingo, Backstage, Ga Re Dumele, and Home Affairs are among the other television series in which she has appeared in minor roles.

In the Mzansi Magic soap opera Zabalaza, she plays Sponono, a hardened woman criminal who has served ten years in prison for murdering a guy who tried to rape Gasta.

When did Lindiwe Ndlovu died and cause of death?

She died on 11 January 2021 at the age of 44. According to her longtime agent, Lynne Higgins of Gaenor Artiste Management, Ndlovu died in her sleep on the morning due to health complications such as high blood pressure. 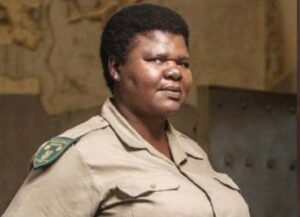 She won the SAFTA Golden Globe Award for the Best Actress in a feature film category at the 8th annual South African Film and Television Awards (SAFTA) for the role of “Pauline” in the film.