Sihle Xaba is a South African actor and lifeguard. He was born 31st of August 1977 in Lamontville, KwaZulu Natal. His age is 45 years old as of 2021. Best known for acting on Otelo Burning film as a lifeguard. Raised by his mum while his father was upsent in his life. His father left when his mom was pregnant and returned to see him when he was six years. Unfortunately his father was killed in Matatiele. Her mother used to go work and leave him with his aunt and uncle.

Career as Lifeguard and Actor.

His career as Lifeguard began when he was young. When his Mom go to work, he was left at his uncle, so his uncle resided close to a pool. He could see the pool while at his uncle’s house. So later he visited the pool to swim

At young age, he believed that white people were good swimmers because they came from ocean. The myth was true to him because he would see these guys out there on the water and thought the sea was giving birth to them. 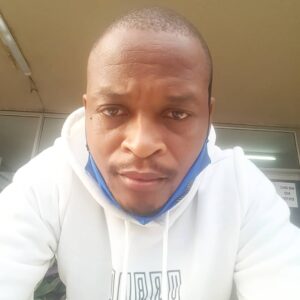 ‘A young Xaba used to play soccer with his friends in the sweltering humidity of Lamontville and they’d head to the pool to cool off.
“My uncle said I wasn’t allowed – it wasn’t hygienic and I might drown. But I took my chances.”

His friends taught him to apply Vaseline so that his skin didn’t look grey from the water.

“I thought I had mastered the Vaseline thing, but then they saw how red my eyes were. I said I’d been sleeping. I got a big klap. But the more he hit me, the more I went to the pool.”

Because of his swimming ability, Xaba took up bodyboarding, which led to growth camps and a spot on the national team. He had the opportunity to travel to Hawaii and Portugal while still a teenager. He had completed his training as a lifeguard at the age of eighteen.

Sihle proved to black community that swimming is not for white people only. He is the best as a black person when it comes to swimming. 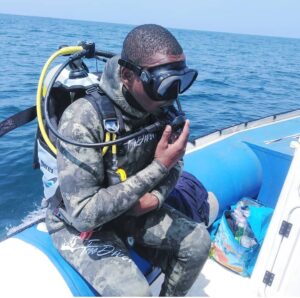 Sihle career as an Actor

His career in acting began when he was discovered that he is a good swimmer. So from that he was starred in a film called Otelo Burning as Mandla. Also he is well known for his roles in the drama series ‘Bay of Plenty’ and ‘Uzalo’ on SABC 1.

Sihle is passionate about saving lives and has been a lifesaver on our Durban beaches for over 21 years. He even starred in a 10-episode documentary called ‘Durban Beach Rescue,’ which aired on the travel channel and focused on the issues that lifeguards encounter on a daily basis.

Sihle is married man with 3 children. His first son Lwandile already knows how to swim. At the age of five he taught him to swim.