Luke Rous is a South African actor, producer, entrepreneur, and writer best known for his performance in the SABC1 sitcom City Ses’la as David Roberts.

Luke Rous is a South African actor, producer, entrepreneur, and writer best known for playing David Roberts in the SABC1 sitcom City Ses’la from 2005 to 2011, which he also co-wrote and produced with his production firm Black Brain Pictures.

He graduated from the South African film and theater school AFDA with an honours degree in Live Performance and Script Writing in 2003, where he excelled in physical performance and developed his passion for television and movies. He was key in securing a co-production arrangement with Endemol South Africa to launch the first season of City Ses’La, SABC 1’s successful sitcom, shortly after graduation. 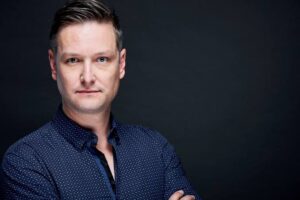 He has now co-written all three seasons of City Ses’La, as well as the Afrikaans sitcom Askies (SABC 2) and the hour-long drama Borderline (SABC 3). He’s written for Botswana TV’s drama series Thokolosi, M-sketch Net’s comedy inserts Beat-Root, E-sitcom TV’s Unicity, and the popular soapy Isidingo (SABC 3). He sharpened his directing abilities on the set of City Ses’La after finishing the multi-camera directing training program at Isidingo, but got the opportunity to perfect them while directing 13 episodes of the sitcom Family Bonds (SABC 1).

Luke founded The Good Story 48 Hour Short Film Challenge with friends from his local church in 2018 with the goal of providing a forum for Christian filmmakers to network, learn, and improve their craft. He aims to expand the competition outside Johannesburg.

Luke was elected to the Independent Producers Organization of South Africa’s Executive Committee in 2020 and is the co-chair of the Broadcast sub-committee. Luke is passionate about international collaboration and has obtained financing from the CMF and NFVF to codevelop an eight-part Gold Rush series, among other things.

A Rose D’Or nomination for best comedy series writing, Best SA short film at the Durban International Film Festival, a short film screening at the Cannes Short Film Corner, and the SAFTA award-winning drama series High Rollers, which grew from a 26-part hour-long drama to a 300-part long-running drama and has sold to multiple territories around the world, are among his career highlights so far. The best writing for a telenovela (2017), best directing for a telenovela (2017), and best telenovela (2017) are among the 16 SAFTAs Luke has won for his work (2018). In 2018, Luke completed the Sediba international co-production workshop and was invited to present his project slate at the International Financing Forum and Fin Partners.

He is married to his beautiful wife Canine Rous. The couple were blessed with a daughter whom they love so much.