Mahlubi Kraai was a South African actor, producer, dancer and singer. He was born 1974 and he died 2 May 2021 at the age of 47. His death took place in Rustenburg in North West province of South Africa.

He spoke Setswana, English, Zulu, North Sotho, and Afrikaans in addition to other languages.

Although he had been active in theater shows since 1992, Mahlubi enrolled for a National Diploma in Drama at Technikon Pretoria from 1995 to 1997.

Other theatre productions include PAST, directed by Greg Melvill-Smith; Cold Stone Jug, directed by Mncedisi Shabangu; Biko, directed by Martin Koboekae; Not With My Gun, directed by Aubrey Sekhabi; and the Mpumelelo Paul Grootboom-directed plays Julius Caesar and Relativity.

In 2000, he made his acting debut in Orlando as Pitso Masalesa. Since then, he has appeared in many television shows, such as Ke Nako, Generations, Snitch, Isidingo, Mzansi, Soul City, Rhythm City, Hillside, and Gauteng Maboneng.

In the Tim Robbins-starring political thriller Catch a Fire from 2006, he also appeared in a little appearance as a Security Branch Policeman. 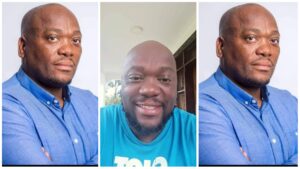 He danced in several shows, including The Stick, Joseph, and Perpetual Motion, and in 1997 he choreographed a performance of Sekunjalo.