From: Giyani in Limpopo province in South Africa

Mahlori from Giyani: Land of Blood real name is Noel Ntshuxeko Baloyi. His date of birth is on the 11th of January 1997, age 25 years old. He was raised and born in Zavana village, Giyani in Limpopo province in South Africa. Besides acting he is also a music producer.

He enrolled in Sport Management (2015) at Tshwane University of Technology after matriculated in 2014, when he was 17 years old. In 2016, he decided not to register in order to pursue his high school dream of becoming an actor. However, due to his disadvantage and proximity to theatres and art centers, he was forced to relocate to Soweto, where he began working at a community theatre managed by a close friend Paul Noko called Dala Arts Community Theatre in 2016.

After a few months in the theatre, he auditioned for and was accepted to study N Dip Drama at Tshwane University of Technology in 2017. He enrolled at the university in 2017, where he is still a third-year student.

Also read: 12 South African actresses over 50 years old and above.

Noel was already an actor by 2007, having appeared in a number of church sketch dramas, and he also appeared in a performance dedicated to his principal on his farewell to retirements in 2014. He tried out for MTV Shuga in 2016, but he didn’t make it past the audition panel. By 2017, he had appeared in theatre (school projects) Festival after festival, including Rostrum Relloute, Dir-Action,s Verve and voice, and he had only managed to audition once for Skeem-Saam for the character “Noah,” but he didn’t make it due to language limitations.

He was prominently featured in these school projects once more in 2018. That same year, he tried out again for MTV Shuga but was unsuccessful (2018). In 2019 saw Noel land his first television role as Mahlori Pero Baloyi in the SABC 2 Miniseries Xitsonga telanovela Giyani Land Of Blood. 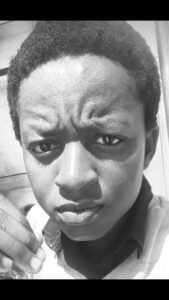