Norman Maake was born 1979, age 43 years old. He is known for directing films like Entambeni.

Norman Maake, a graduate of AFDA, was born in Johannesburg, South Africa, in 1979. (the South African School of Motion Picture Medium and Live Performance). He went to Wendywood High School class of 1996. His hometown is in Alexandra in Gauteng and currently he resides in Johannesburg. 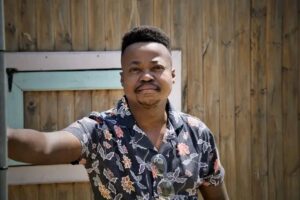 Maake moved on to work in television advertisements, but his enthusiasm for long-form drama directing drew him back. His critically acclaimed three-hour TV mini-series Homecoming was adapted into a feature film (2005).

He directed the miniseries Entabeni, a Macbeth adaption, in 2007 and Unsung Hero, about the founder of the Soweto String Quartet, Mike Masote, in 2010.

Norman created the screenplay The Fighting Prince about a South African boxer in 2008, and was hired by Focus Features’ James Schamus to direct it and two other films, but the project was put on hold when the global debt crisis struck. Norman directed Skeem Saam, a 1348-minute drama series produced by Winnie Serite and David Max Brown, in 2011. In 2019, Norman Maake’s film Love Lives Here was released in theaters across the country.

Norman Maake is married man with one kid. He is married to Zinzi Princess Rose Mhlongo. They are a happy family.