Henry Cele was a South African born Actor and Footballer. He was born January 30 1949 in KwaMashu in KwaZulu Natal. Unfortunately he died at the age 58 in November 2 2007. His clan name was Ndosi (Bavela KwaMthetwa) or Magaye. The Shaka actor was very known for his role on Shaka Zulu series.

He is well known for his portrayal of Shaka Zulu in the 1986 television miniseries of the same name.

Cele, also known as “Black Cat Cele,” a top “goalie” in the football world, was cast as Shaka Zulu in a theatrical production based on the life of the Zulu nation’s founder. 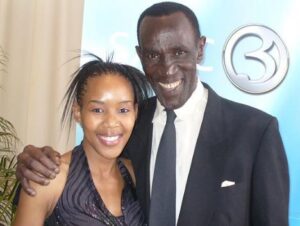 As a result, film producer William C. Faure cast him as Shaka in the epic series Shaka Zulu. With international prominence came a slew of roles in feature films and television programs, both domestic and international.

A criminal in Running Free, a killer in Letklaka, a detective in The Tangeant Affair, and a business tycoon in the glossy Zulu series Ifa Lacwanthethwa are among his television lead roles.

Freedom Fighters for Cannon, Hold My Hand, I’m Dying for Jonomo, The Last Samurai, The Trackers, Lamborene, the film adaptation of the stage musical Ipi Tombi, and Paramount’s The Ghost and the Darkness were among the films included.

Henry Cele was married to Tozi Duma and had four children with her. After 6 years of marriage, their marriage ended in divorce. Following his divorce from Duma, Henry Cele married Jennifer ‘Jenny’ Hollander, an Englishwoman, but the two never had children together.

He had been married to Jennifer for ten years at the time of his death. Cele had met him while on a European tour, and it was love at first sight. 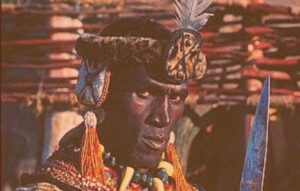 Henry Cele cause of death.

Prior to his death, his wife, Jennifer, said that he had to be restrained in his bed because he had gotten belligerent and was yelling at the nurses who were attempting to help him. Ruth, his sister, reportedly informed the press that he was depressed because he was broke and that South Africa seemed to have forgotten about him in his hour of need.

His neighbour reported that he had become very thin and was coughing excessively when he was admitted to hospital. His family had become fiercely overprotective of him as he was shielded away from even his friends during the period of his illness.

A memorial service was held for Henry Cele where it had been apparent that his ex-wife and his current wife did not get along. The wife had said that the funeral was to be attended by only family members, but Cele’s ex-wife Duma and her children insisted that Cele was a people’s person, and so all his fans and celebrity friends should be at the funeral.