Sandile Mfusi was born on the 5th March. He is well known as Masandi, the R n B singer.

Known as: Kwanda on Uzalo or Thulani on the River.

Sandile Mfusi who is known as Masandi is a South African R n B musician and actor. Masandi age is not yet known but he celebrated his birthday on 5 March every year. He was born and raised in Umlazi, Durban KwaZulu Natal Province in South Africa. 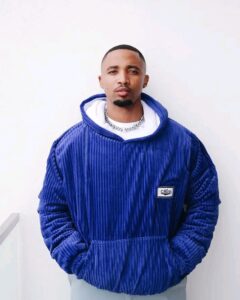 Masandi’s abilities were obvious from an early age as he was growing up. He began singing in church and talent events in his area when he was seven years old. Masandi was the principal trumpeter in the school brass band when he was in high school.

His grandmother ‘Doreen Zwane’ was a former member of original Mahotella Queens. Also his mother was good singer, she sang with Sibongile Khumalo back in the days.

He is well known as Masandi, a name given for his career in singing his R n B music. His albums that he released are Ngani ya Bantu 2019, Ithemba 2020, Amagate, and Noma Kunzima. Most people loves his songs and blessed with it because of his voice.

He began to act on Isibaya Season 1 in 2013, potraying a character as Joe Jo. The show was aired on Mzansi Magic channel 161 on Dstv. After that he got another role to act on the River as Thulani.

Currently he is acting on Uzalo as Kwanda.
“He’s a drug lord that’s very smooth and a slick talker. He’s able to manoeuvre in different spaces and really take advantage of his looks to gain the trust of different types of people.” 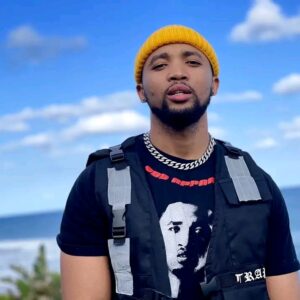 In 2009, he survived a fatal accident, his cervical vertebrae was fractured. He escaped being paraplegic by an inch. It was his first car accident which put him in a brace. He was stuck for four months without moving his neck.

Tags: Kwanda on Uzalo, Sandile Mfusi, Thulani on the River