Mbulelo Katise achieved his qualifications in 2022 as a qualified Filmmaker.

The former Scandal actor known as Scelo is qualified to be Filmmaker. After taking a break from acting, former Scandal actor Mbulelo earns his first qualification.
He took a break to concentrate on his studies and is now a graduate.
He doesn’t mind putting in long hours. He puts his all into everything he does, whether it’s for TV or music.

So when he opted to study, he took the conscious decision to leave his TV career behind – and it’s paid off.

Mbulelo Katise, the former star of Scandal, graduated. He claims he made the decision to return to school and focus on his other passions, such as music. He left e.tv’s award-winning telenovela Scandal around six months before. In 2019, he enrolled at Tshwane University of Technology to pursue a diploma in cinema and television directing. 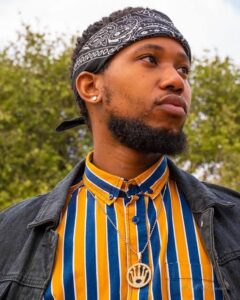 Why he chose to pursue film instead of acting?

Mbulelo chose cinema and television over acting because the creative space has always been his interest, and he claims he can express himself in a variety of ways.

“I think one thing about me, I love art in general, because I feel like it can be expressed in so many different ways like for example, I do music as well, you know, I am a rapper. So I consider that also a peak of my art because I write my music and then I go and make it, I write stories, then go and shoot them, I act in stories, so for me, it is all about creating, and that is what generally my main passion is,” he says.

He’s had a passion for the ‘behind the scenes’ work for a while.

“This was actually a long time ago, I think during my acting days, but even before I even got to Scandal, I always knew from a young age like primary school that I really love writing and that one day I’d like to direct my own movies, because I always used to write. In my creative papers in English, I’d do really well in there, I used to enjoy that part, even in high school, so I’ve always had a passion for writing, and something I’ve always done even in my spare time, I’d just think about stories and imagine how they are going to be and then just write.”

Mbulelo recalls his first year on university as being exciting since his other students would turn heads as he passed by.

“There was a lot of Ke Scelo, ke Scelo, aowa chomy ase yena, [it is Scelo, ‘no friend it is not him’ it is Scelo] like people would have mini debates amongst each other, whispers and everything. Oh gosh, I wished we already had Covid-19 already in 2019, when I started so that I could have worn a mask,” he says giggling.

“But it was an interesting transition for me, more especially because I never really saw myself being an academic so for me it was interesting to actually make that decision and be like ‘yeah I want to go to school for this, like I’ve been wanting to do it but let’s make it official. It was a lot of rearrangements and getting used to different environments because I had to go to Pretoria, and I was used to Jo’burg, so moving to Pretoria, it’s a different lingo [language] and now kea buwa nyana [I can lightly talk Sotho] and before I couldn’t hear anything so I learned a lot.” 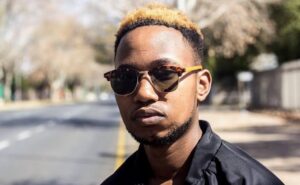 Reason he chose Pretoria not Joburg to study.

Mbulelo claims he selected Pretoria to pursue his qualification since he was used to Joburg and knew he would be easily diverted from his studies there.

“I have two reasons why I chose TUT, one, since all my life I have been acting in Jo’burg, and know how busy it is and how distracting it can be. I know a lot of people in Joburg, so for me, I knew that if I want to really focus on getting things done then I can’t be in an environment that I know so well because obviously distractions and maybe I might not even finish and just decide to go back to acting because I’ve done that a couple of times.

“I remember while I was on Scandal!, I went to Boston Media for two months and then I was acting ‘eish let me go back’ like acting kept on pulling me back. And I could never ever finish, like I said I’ve done a lot of courses here and there, but I couldn’t get a proper degree, so I knew that this time around if I want things to be different, I need to go to a different environment, and then the other reason, is that TUT was recommended as the best.” 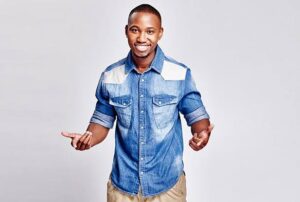 He started a production company to make it a reality.

“I am going to push my own work with my qualification, I have started even now a production company. This is like a big plan that I sort of been weaving and working towards for years now because I want to give back to people who want to get into the industry, and build a bridge. We give acting training, in terms of physical training, we do everything like build people’s portfolios and calling them into acting agencies, make sure that they are ready for the industry, whether they have qualifications or are yet to get their qualifications, so we give them the tools that they need.”

“We do productions, we help upcoming artists, and then my biggest plan for the future is definitely to pitch my own series on Mnet, Mzansi Magic… and do a couple of films as well. I want to build a bridge for those who are not seen enough, I feel like there’s a lot of talent out there but they just don’t have someone to give them that opportunity and I know that struggle, so I don’t want to be that guy who just wants to be employing people who already have acting jobs but I also want to create and develop new talent.”

When will he return to acting?

When asked if he will return to acting anytime soon, he admits he will go back eventually but it will not be on a full-time basis. Mbulelo says he kept his talent alive through small acting gigs over the years.

“I’ve got two answers, yes and no, because I know that I will eventually put my energies into going back to acting but I do not think it will be a full-time thing anymore because I’ve got other interests now. I want to focus my energies on more especially on building myself as a director and writer in the industry.

“And I did a bit of acting actually, I did not do big roles and long-term roles, I did a couple of movies from Mzansi Magic, it was Umbuzo wa Themba, in 2019, then 2020 I did that BET drama of Lebo Mathosa The Dream.”

Career as a Musician

He’s also worked on his music and has a song called The Warm-up, which tells the story of his experiences.

“I started my music career, I think when I was about to leave Scandal, about six months before, it is always something that I have always loved. I used to write music for my friends in high school, and then stopped but I just never thought that one day I will make my own but then it also like I said a natural transition, I’ve got opportunities to do a couple of gigs and staff, then started to make more music, and then suddenly last year I dropped my first project, and it was really well received.

“It is called The Warm-up because it really told my stories, my experiences and it’s kind of like ends in a way that it will be continued, so a warming up to what it is to come in the future for me, in the sense, I kind of imagine the whole thing.”