Known as: Bab Nsimbi from Uzalo

He has spent several years pursuing performing on the international stage. In Europe, he has worked in a number of theatre and television shows. “He spent 20 years acting overseas” 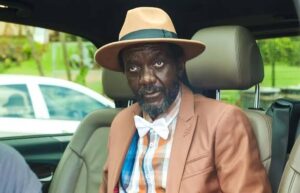 He has collaborated with some of South Africa’s most illustrious theater figures, including the iconic Gibson Kente.

He worked on various projects in Germany while in Europe, including The Stoning, which featured some of his production work. The plot revolves around a young woman who converts to Islam after following her heart to Iran, only to be raped and sentenced to death by stoning. In that story, Ronald plays Ali.

Neadental, Die Wache, Lindenstrasse, and Kalte Sonne are some of the other productions in which he appeared.

Ronald also appears in the films The Agent and Schucks! In 2015, pay back the money. Leon Schuster created the comedy Schucks. Ronald plays a judge in the film, and he appears with Desmond Dube and Leon Schuster.

Ronald was first presented to us by Uzalo in Vikizitha’s plot, when he appears as the older, wiser man who will assist Vika in carrying out the Magwaza family’s intentions correctly. Vikizitha is uncontrollably impulsive.