Biography profile of Skumba on Scandal

Known as: Skumba on Scandal

Sduduzo Majola is a South African Actor, Director and Choreographer. He was born 12 November 1981 in Durban KwaZulu Natal. Currently he resides in Vanderbijlpark in Gauteng province in South Africa. 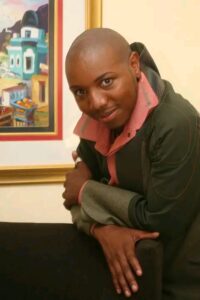 City Ses’la, Justice for All, After 9, Jacob’s Cross, and Harambe are among the television shows in which he has appeared.

Against the Odds, City Scapes, Zonk’izizwe, Pleasure Dome, It’s Not Over Until the Phat Lady Sings, and Lest We Forget are among the theatre performances in which he has appeared.

He has choreographed several theatre plays as well as the SABC television series Hola Mpinji.

He portrayed Male Club Patron in the SABC1 drama series Fallen in 2011. In 2022, he was acting on Scandal as Skumba and his character was killed on the drama series. Skumba was working for Mukuna as a right hand man. He was killed by Mukuna after he found out that  Skumba betrayed him.

Also he appeared on House maids a drama series aired on MojaLove tv on Dstv.

Also read: Sarafina actors: Where are they now?

He has not yet revealed anything about his relationship status and children. According to his age he must have a wife or baby mama. 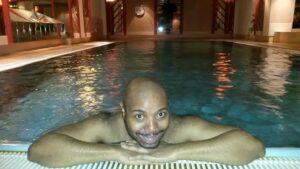