Snenhlanhla Sabelo was born 9 January 1992 in Umbumbulu, KwaZulu Natal, South Africa. She is best known as Popie from Imbewu (the seed).

Snenhlanhla Sabelo is a South African Actress and Musician. She was born on the 9th of January in Umbumbulu, KwaZulu Natal in South Africa. As of 2021, she is 29 years old. Educationally she attended her high school at Charles Sabelo High School. She did Electrical Engineering at Mlazi Coastal College. Currently she resides in city town Durban, KwaZulu Natal.

How did she started her career in acting?

Popie from Imbewu whose real name is Snenhlanhla Sabelo began his career as a Singer. She got her role on Imbewu through music and also she worked with many musicians before she debut into acting industry. Her love for music began from childhood and even today she still loves music. She used to sing in school choir. 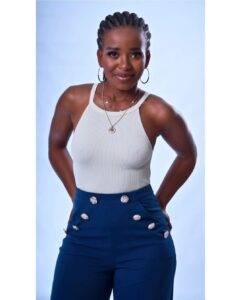 “I grew up loving music from my childhood and still love it so much, as i used to sing in school choir and joined Folweni.”

In 2015, she visited Lion King’s Skills thats where she met the producer of Imbewu Duma Ndlovu. After that when Imbewu started in 2018, she joined. She got a role to play as Popie, a waitress at Emsamo. Currently she is still playing the character on Imbewu.

She expressed how happy she is to act with actors such as Leleti Khumalo(MaZulu), Brenda Mhlongo(KaMadonsela), Muzi Mthabela (Menzi Vilakazi) and Thembi Mtshali(MaNdlovu). 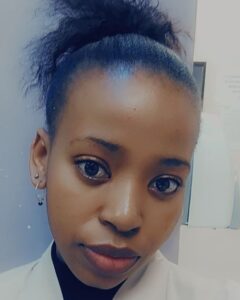 “I wish to see those who don’t give up and never give up on their dreams, those who build relationship with others to put themselves in a good opportunity to enter that role.”

Sne also is looking forward for more opportunity. She continues to work hard to achieve her dream to act overseas.