Occupation: Actress and Voice over artist

Known as: Eshe on Keep Scoring

Swankie Mafoko is a South African Actress and Voice over artist. She was born 11 September 1994, age 28 years old as of 2022. Her hometown is in Durban, KwaZulu Natal. Currently she stays in Johannesburg in South Africa.

She attended the National School of the Arts from 2010 to 2012, then transferred to the University of the Witwatersrand, where she earned a Bachelor of Arts in Dramatic Arts from 2013 to 2016.

She worked as a radio news reporter and reader for the school radio station Voice of Wits while in college. She also co-hosted the Life Beats radio show on Monday nights. 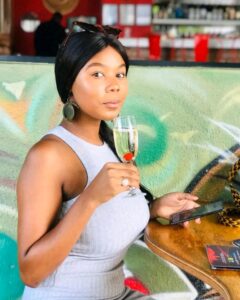 She is well recognized for her part in the SABC2 telenovela Keeping Score as Eshe. She originally appeared in Season 1, Episode 4 as a recurrent character (25 October, 2016). It was her first credited appearance on television.

Eshe was an ex-cop who falls in love with a troubled athlete named Jade (Gaosi Raditholo) and begins a relationship with her.

Swankie’s first starring role on television was in the SABC1 sitcom Rented Family, which she landed in 2017. Lwazi, her role, is an ambitious and self-assured mother who comes with her son Gates.

She also acted on Netflix’s “How to Ruin Christmas: The Wedding”, where she played the character Lydia Twala.

Also read: Who is Linda Mtoba?Age, career, husband and kids.

It’s not yet known if she has boyfriend or married. On Facebook her status says single.

Her net worth is not yet revealed to the public. It’s still unknown. 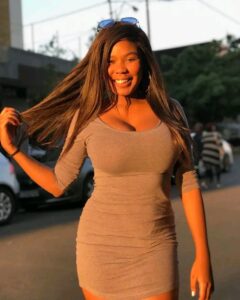