Uncle Freddie from Scandal real name is Charles Baloyi. He is well known for acting on Scandal.

Biography profile of Freddie from Scandal

Known as: Uncle Freddie from Scandal

Who is Uncle Freddie from Scandal?

Uncle Freddie from Scandal real name is Charles Baloyi. He is well known South African actor. So far his age is unknown. In 1995, he received a Diploma in Dramatic Arts from Fuba Academy.

Baloyi left his sales job at Edgars to present and produce news and current events for Alex FM Community Radio from 1997 to 2000, putting his skills to the test.

Also read: Vuyo Biyela biography AKA Mlilo on the River.

His first experience of theatre occurred in 1996, when he appeared in the Grahamstown Arts Festival production of We Shall for the Fatherland, which led to roles in Ways of Dying and Drop of Faith.

From the documentaries Racial Prejudice, Yizo Yizo 3 and Soul City on SABC to Jozi Streets on e.tv and M-Net appearances, he has been seen on all local channels.

In 2004, he starred in Homecoming, a SABC feature film, and in The Trail, an international feature film, which gave him global prominence.

Also read: Unathi Mkhize biography AKA Nkanyiso on the River.

Currently Charles Baloyi is acting on Scandal as uncle Freddie. He is Dintle’s uncle. His character is very especially when he speaks his native language Tsonga. He is killing people with laughter on Scandal.

The storyline for Freddie still continues. He has partner as well and no more staying in streets. 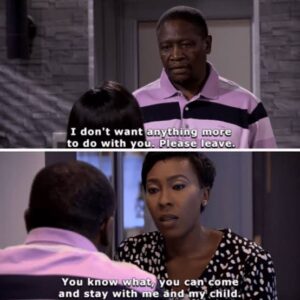