Who is Wandile Molebatsi? AKA Duma from Scandal.

Biography profile of Duma on Scandal

From: Soweto in Gauteng

Known as: Duma from Scandal

Who exactly is Wandile Molebatsi? In Soweto, Wandile Molebatsi was born on March 21, 1991. He is a South African actor and producer, age 31, best known for his roles in Hear me Move, Diamond City as Tebogo, and Duma on Scandal. He was raised in South Africa’s Soweto, in the Gauteng province. He has been in the entertainment business for more than two decades as an actor and is the proprietor of Coal Stove Pictures.

His parents, Bishop Caesar KL Molebatsi of the Soweto-based Ebenezer Evangelical Church and his mother, an African National Congress social worker, welcomed him into the world. The Molebatsi family has four children, and Wandile is the second child.

Wandi Molebatsi performed in movies and television productions as a child, including Born Free and KTV. Moreover, he was Zondwa Mandela, Winnie Mandela’s grandson best ,’s buddy. When they were young, they used to visit Mam Winnie’s home in Orlando, which we referred to as parliament.

His early career in theater and film had to be put on hold so he could finish his studies at Wits in drama and film. Wandile Molebatsi attended the University of Witwatersrand to study drama and film.

From 2011 through 2013, Wandile, who started his career as a KTV child, played the laid-back tracker Blessing Dlamini in the M-Net soap opera The Wild.

When he was five years old, Wandi played the part of Nik Nik in the 1996 movie Born Free. Shuba Lodge, The Beloved Country, and Cry are some of his other films from his younger years.

Wandile Molebatsi has a lengthy résumé or curriculum vitae thanks to her 20 years of performing experience. He has been in numerous well-known movies and television programs, including Rhythm City, Soul City, Gauteng Maboneng, Chappie, MNet The Wild, and most recently Thula’s Vine. The actor starred as Vista Mkatini in Skeem and played Mr. Bones’ son in Mr. Bones 3.

He appeared in the miniseries When We Were Black in 2006. He portrayed the laid-back tracker Blessing Dlamini in the M-Net soap drama The Wild from 2011 to 2013. 1

On Scandal etv, Molebatsi costarred with Upile uThixo Bongco as Duma. Duma is the son of Mr. Mamba (played by Simo Magwaza), who struggles with poor self-esteem and frequently turns to drugs to boost it. He was his father’s enemy because this damages Mamba’s reputation. 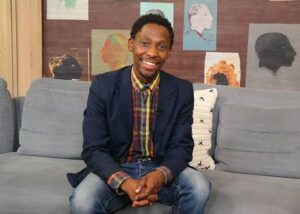 Wandile as a musician.

His musical career began when the band Embryo was formed by a group of eager adolescents at his father’s church. Since then, he has improved his self-taught djembe abilities and added more percussion instruments to his repertoire.

He currently plays largely as a performer for the band Uju.

Who is Wandile’s wife, children and marriage.?

Wandile Molebatsi is married to Jessica Jane, a white woman, in an inter-racial union. His fashion designer wife Jessica serves as Wandile’s most trusted advisor. They were married in 2013 and were fortunate to have two kids.

According to Molebatsi, his wife Jessica played a significant influence in naming their children; their daughter is named Onalenna Bianca and their son is named Elijah Arona.

Wandile will raise his children in the same manner in which he was raised in order for them to experience true love. He remembered how he and his wife had to work extra hours to maintain and pay for baby necessities when Elijah was born. 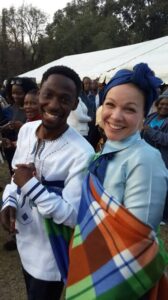 Coal Stove Pictures is a production firm owned by Molebatsi Wandile. He started the business while he was still a student at Witswatersrand. Coal Stove Pictures was a finalist in the 2008 SAB KickStart Competition and the winner of the 2007 Business Day — BASA Award for Art Sponsorship by a Small Business.

Coal Stove Pictures has so far created films like Here Me Move, iKani, and Thula’s Vile, which were all nominated for Best Achievement in Directing – TV Drama but lost to iNumber Number.