Mihlali Ndamase to join the team of Generations.

Mihlali will make a guest appearance on the SABC soapie Generations The Legacy.
This comes after the 25-year-performance old’s in last year’s Christmas film “Boxing Day.”

Mihlali Ndamase is a YouTuber, make-up artist, and social media celebrity who has won numerous awards.

YouTuber and businesswoman, will make a cameo appearance on the SABC soapie, Generations The Legacy.

Biographical information about her.

Ndamase was born on November 26, 1996, making her 23 years old at the time of writing. She was raised by her grandmother, aunt, and mother in Kokstad, South Africa. She tragically lost her younger brother in 2017 and her father in 2018, both of whom committed suicide. 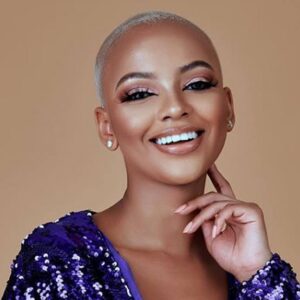 She attended a number of tertiary education schools in her quest to discover her passion, including the University of Witwatersrand, where she left out and enrolled in Leaders In The Science of Fashion. She earned her qualification as a makeup artist after that. Mihlali Ndamase is currently a student at VEGA studying Brand Strategic Communication, and she has stated in one of her many vlogs that she is finding it difficult to finish her degree due to the demands of her profession.