Background check on Nomvelo Makhaya AKA Lindiwe on Scandal

Background check on her age, career in acting and how long she has been acting on Scandal as Lindiwe Ngema.

Background check of Nomvelo Makhaya who is known Lindiwe Ngema on Scandal. She was born 24 April 1996 in Nkandla, KwaZulu Natal South Africa. As of 2021, she is 25 years old. She didn’t stay long in Nkandla because her parents relocated in Johannesburg. The young actress is a singer as well. Educationally she attended National School of Arts (NSA) in Braamfontein.

Her Background with Depression and Cyberbullying

She was diagnosed with bipolar, depression and anxiety disorder in 2016. So she got professional help until she overcomed her problems. In February 2019, she expressed her emotional message through social media, that she has been cyberbullied because of her head. Not only that, she was also admitted to a psychiatric hospital because of her mental illness problem. This has made Nomvelo to become an Advocate for mental health issues. 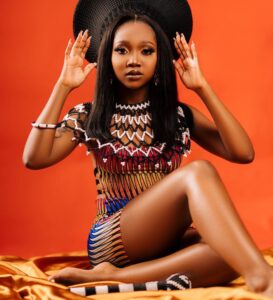 When did she started acting?

Prior to her acting journey, she started as a Singer but her parents encouraged her to join acting. In order to full fill their daughters dream they took her to study at National School of Arts(NSA). During her time at school she started acting in theatre. The theatre drama includes ‘The Bald Prima Donn,’ ‘African Reflections,’ and ‘Maybe This Time’. She didn’t stop there but auditioned for a television character as Lindiwe Ngema on Scandal. Luckily she got the character. 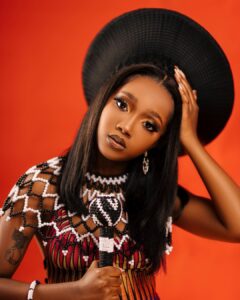 Besides acting on Scandal, Nomvelo also acted in other television series such as Isibaya and Soul City. She was casted for I Am All Girls as Ntombi Bapai in 2021 played by Nomvelo with Hlubi Mboya and Leshego Molokwane. The film appeared Friday on the 14th of May on Netflix. This was one of her biggest achievements in acting career. 1

How long Nomvelo Makhanya  has been acting on Scandal ?

It has been 9 years since she joined Scandal. She began acting on Scandal when she was in Grade 10 in 2012. It was during the time when she was studying at National School of Arts. Her role was on Scandal was supposed to appear for three months but until today she is still acting. Its now close to a decade since she got the character as Lindiwe Ngema. Lindiwe is the daughter of Bab Ngema( Patrick Mofokeng) and her mother Zinzile Ngema (Gcina Nkosi). Her storyline still continues although his father Bab Ngema is no more present in the drama.
Lindiwe has grown up in Scandal, since when she was a teenager until now she is an adult.