Dawn Matthews biography and age, she was known for acting as Shakira on Scandal.

Known as: Shakira on Scandal

Dawn Matthews is a South African born Actress and she is also an American who got citizenship to resides there but originally she is from South Africa. She was born 10 June 1976 in Oudtshoorn, age 45 years old as of 2021. Oudtshoorm is where she grew up and later got an opportunity to study drama at Stellenbosch University. In 1997 she graduated from the University. She also a married woman with one kid. 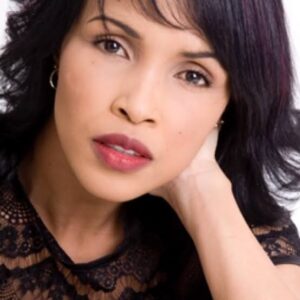 Her career journey in acting

Prior to get a big role on Tv, she began by performing in community theatre productions. Also she acted in Cape Town’s Artscape Theatre. Her first acting on Tv was in the Afrikaans drama series Soutmansland.

In 2000-2001, she acted in Egoli and Song vir Katryn(2003-2005).She was also of an American horror movie Snake Island, in 2002. A co-presenter of Afrikaans arts show Kunskafee on kykNet. The year 2004-2006 she was appearing on SABC1 drama series Interrogation Room potraying a character as Constable Gillian Peterse.

Her best known character was on Scandal as Shakira which began in 2007-2015. She exited the soapie after she decided to relocate in America with her husband. Dawn character on Scandal as Shakira was that of villain actor along side Daniel Nyathi ( Sello Maake). As a celebrity she was featured on a documentary series called Who Do You Think You are? (a South African version)

Where is Dawn Matthews?

She currently resides in America as a Citizen of America . In 2019 she got her American citizenship because she got married to an American. The couple has one kid who is now 9 years old. The kid who is girl, is the only daughter to Dawn Matthews.

The reason why she left Scandal was because they had to go to stay in America. So Dawn left everything else here in South Africa and went to America to start a new life. There are no news about her pursuing her career in acting in the new country.