KHAYA DLADLA BEGINS BY TALKING ABOUT A STRESSFUL EXPERIENCE HIS FAMILY HAS HAD TO GO THROUGH.

Khaya Dladla is an actress, model, and musician from South Africa. She is best known for her role as “GC” in the Uzalo soap opera.

Khaya’s mother has been ill for some time and recently had a stroke. The stroke, according to Khaya, was caused by his uncle’s death. He went on to remark that this was the time when people really displayed their true colors to him. While in his final year of Varsity, the star lost his father.

He shared on social media how much sorrow her mother’s illness had caused them as a family, and she offered hope to those who are on the same path, saying that everything they are going through will pass. ‘This is what he said,’ he said. 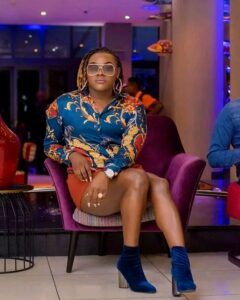 “A lot of people don’t know much about my personal life… I lost my dad doing my final year in varsity and I was left with just this woman who gave me life. Last year this time I lost my uncle and on the same day my mom was attacked by a stroke that took her speech away and mobility (couldn’t talk or walk) and I was willing to do and pay any amount to see her regain her normal life again.

That’s when my real family and friends showed who they were because people will never care for you or your loved ones more than you…. I was left with about 5 people in my life who would ask how she is doing? What does she need? How can they help.”

He also expressed gratitude to his clientele who were sending money to her firm, saying that they played a significant role in his path by financially assisting him. Here’s what he had to say:

“To every client I am able to invoice… you also played an vital role and investing in what I do because that also financially helped the journey…. So don’t stop as you are part of the bigger picture… Ngiyabonga To you going through the same thing or any other difficulties in life… remember that god is there and this too shall pass. Just wanted to leave this here as it might help someone else not to give up or just appreciate the people who are your constant crutch when walking any journey becomes too much,” he says.