Vuyiseka Cawe, an actress, talks about taking care of her siblings.

Vuyiseka Cawe (33) talks to Drum about her career as an actress and the burden of raising her three siblings after her parents died.

Vuyiseka as Listerina on The Queen and Nokuzola on Imbewu are two of Cawe’s most well-known roles.
She won many hearts as Listerina in the Mzansi Magic telenovela The Queen, as she sought revenge against her husband’s lover.

Then, in December 2019, she joined the e-tv soapie Imbewu, in which she portrays Nokuzola Ndamase, a powerful woman. 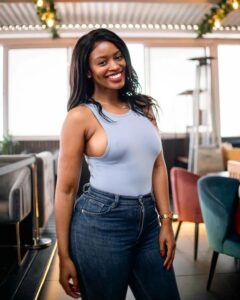 Vuyiseka’s career was cut short when her mother died in her sleep five years ago, just as it was taking off and she was on the verge of fulfilling all of her ambitions as an actor.

Vuyiseka lost her grandmother while learning to accept her mother’s death. Her grandmother had been assisting in the care of her siblings in Port Elizabeth and died four days after her mother from a kidney-related ailment. 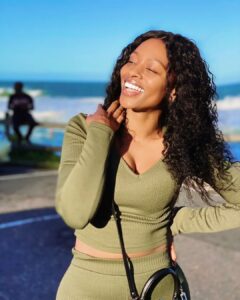 When her single mother and grandmother died, Vuyiseka was obliged to return home to care for her three younger siblings, ages 18, 15, and 12.

She was already helping with finances at home, but once her mother and grandmother died, she was left to care for her three younger siblings alone.

She looked after them and accompanied them to school and university to ensure that they never missed their parents.

Despite the challenges she and her brothers encountered, Vuyiseka was adamant about winning and remained optimistic about reconciling her acting career with her role as a guardian to her siblings.
Vuyiseka has recently made a comeback on Imbewu, where she is giving it her all.