10 facts you need to know about about Mike Ndlangamandla known as Dr Lindelani Zulu.

2. Mike learnt from the folktale that life is about being smart and having a strategy. Mike’s late father used to tell him a Zulu folktale about a rabit who outwits a lion step by step until the lion is tethered to the ceiling by its tail. The rabit escaped to be eaten as a result of this.

Also read: Vuyiseka Cawe, an actress, talks about taking care of her siblings.

3. He also discovered that little can punch above its weight, that where you start does not always mean where you finish, and that he, too, required strategy.

4. He joined a casting agency before enrolling at the DNA academy at Johannesburg Theatre to pursue his acting career after visiting SABC at the age of 18 and learning that actors were like regular people.

5. On the SABC 2 drama Muvhango, Mike Ndlangamandla portrayed Pastor Max. He was portraying a pastor who fell in love with her old friend Gugu (Bukamina Cebekhulu) and ditched his fiancé in order to marry Gugu, but it didn’t work out since Gugu dumped him. 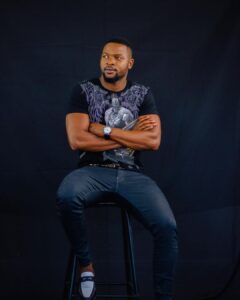 7. Mike, our favorite actor, enjoys going to the gym, exercising, and bodybuilding. When he is not on set, the actor gets a lot of exercise. Mike claims that working out helped him contribute to South Africa’s success.

8. He auditioned for Dr. Lindelani on Durban Gen in 2020. Because it was amid national lockdown, he completed his auditions on self-tape like other performers like Lerato Nxumalo.

9. Currently he is playing a character as Dr Lindelani Zulu on Durban Gen.