10 interesting facts about Nqobile Sipamla AKA Thokozile from Imbewu.

10 interesting facts to know about Nqobile Sipamla who is known as Thokozile on Imbewu.

10 facts which are real about Nqobile Sipamla whose real character is not on our screen.

1. Although she doesn’t look 37years old, she was born 8 February 1984 in Pimville Soweto in South Africa. She is away younger than people might think. Currently she resides in Johannesburg and Durban.

2. She is multi-talented, besides being an actress, she is qualified Singer, Performance Educator, Speaker, Song Writer and Producer of content .

3. While in Grade 4 it was suggested that she being taken to National school of Arts. That’s where she obtained her first senior certificate in arts. Later she graduated and got a degree at AFDA for BA Honours in Live Performance.

4. Her first known character was on SABC 1 Abo Mzala where she potrayed a character as Thuli. That was her first role on Television.

5. Other drama series she appeared includes Ikhaya, Ashes to ashes, Shuga, The couch, Roer Ju Voete’s, The Docket, The Wild and Uzalo. 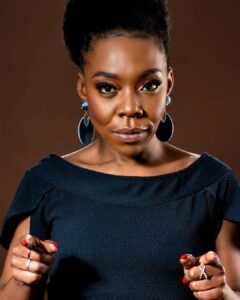 6. Although she was well known as Thuli on Abo Mzala. She got another role on Imbewu where she best potrayed a character as Thokozile, a villain. The character is hated by many people because she is so manipulative and evil.

8. She loves reading books and everything that is conversational. 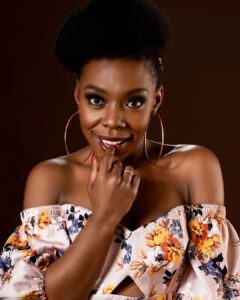 9. She is her own boss Co-owner of media and communications company called Refhuge.