Brightness Zulu biography, she is known as Celiwe on Imbewu.

Known as: Celiwe from Imbewu

Brightness Zulu South African Actress, Singer, Stage performer and MC. Celiwe from Imbewu was born 16 April in Umlazi, Durban KwaZulu Natal. The year in which she was born is not yet known because she didn’t share much about her on Social Media. Actually, she grew up in Umlazi and attended her primary there in Umlazi. Also she went to Umlazi High School and this shows that her whole life was based in Umlazi. Currently she lives in Durban KwaZulu Natal which is also her hometown.

In 2018, she joined the Telenovela Imbewu which is aired on e.tv. On the soapie she is potraying a character as Celiwe, a housemaid of the Bhengu family. Since Imbewu started, Celiwe is always on the screen. She is considered as part of family of the Bhengus, she is always present. The nice thing is that Bhengu family don’t treat Celiwe as maid but as family. They engage in conversation normally even asks for advice from her. 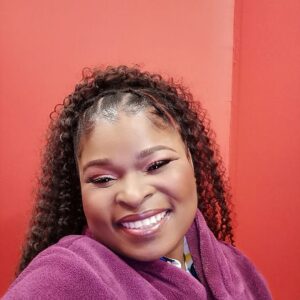 Celiwe on Imbewu was well known for always wearing her housemaid uniform until the time she was dating. With the help of Buhle she changed her lifestyle and was looking very stunning you couldn’t believe that she is maid. Her storyline still continues as Bhengu’s housemaid. She has a sense of humor in her character.

Brightness career as a Singer.

Brightness is a talented singer, even behind the scene she sings with some her colleagues. Most people knows her as Celiwe on Imbewu even on the poster for their performance. She is a Stage performer and has been performing on different events. On the Telenovela Imbewu, there were several occasions where they performed on stage and Celiwe was part of the singers. She really loves singing and has good voice. Always she associates herself with people like Vuyokazi Tshona who is one of her colleague. They had been on stage together performing because Vuyo AKA Buhle on Imbewu is also a singer.