Chrispen Nyathi is Zimbabwean born actor. He was born on 31 May 1994 in Bulawayo, Zimbabwe. Also he is multilingual and is able to speak IsiZulu, Shona, Xhosa, Ndebele and English . His primary school was attended at Hillside Primary school and he attended his high at Devner Secondary school.

He was raised by his mother and grandmother who used to work as a domestic worker. Life was difficult for him, at some point he moved from one place to another changing school. He moved to stay with her grandmother in Hillside when he was in Grade 4. Atleast they stayed in Hillside until he completed his primary school. In his first term in high school, her grandmother moved again to stay in village in Plumtree. After moving to Plumtree he attended school at Madlambuzi. 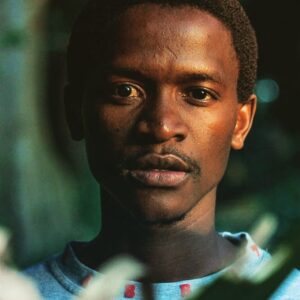 Also read: Treasure Tshabalala biography, age and his career as a Radio DJ.

How did Chrispen get into acting?

Chrispen developed his interest in acting in 2004 whe he was in Grade 5. At the school he was attending, they used to have a small session of acting on the stage. At that time he only had 10 seconds on the stage and from there he knew that he loves acting. When he was growing up he was obsessed with movies and he promised that one day he will be on Tv. Definitely his promise has been full filled, today we watching him on Tv.

He didn’t know if he was going to make a living from acting. The way other kids moved and how they spoke when he was acting made him to know that this is something he wanted to do. Some lifted their hands during his performance and he was motivated.

In 2019, he relocated in South Africa where he attended Devner Secondary school. The series that motivated him was Zone 2014 Vusa Thwala. Also was inpired by Behind the Blazer which he conducted at Devner as a school project. 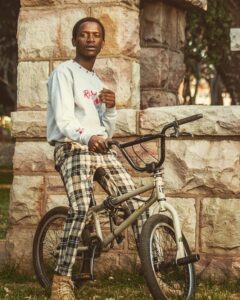 How did he got his role as Charleston on Diepcity?

He got his role on DiepCity after he became part Mandla N initiative that is aimed at open opportunity for young and upcoming actors. The initiative auditions took place on Mandla N Instagram live videos. Mandla N is the producer of DiepCity drama. Chrispen decided to join the auditions on the Instagram. The producer liked him and what he was offering, so they picked him. He then went for constant auditions and call backs until he got the role as Charleston.

Chrispen role as Charleston on DiepCity

Charleston is Zimbabwean Pastor who came to preach the good news to people in Diepkloof. Currently he is playing a character as Charleston on DiepCity. He also hopes that one day he will become part of Hollywood movies.

“Charleston is a young pastor from Zimbabwe who has a vision of one day owning a big church with a lot of congregants. He just wants to see himself being a man who runs a big church while working for God and serving Him. He is genuine, but the pressure of life does get to him and because he succumbs to pressure easily and because people don’t really listen to him, he finds alternative ways which aren’t always ideal, to get into people’s hearts,” he says.

“For the remainder of 2021, you’ll get more of Charleston and you should expect a bit of a twist from him. People were kind of expecting this twist but not really expecting it – it’s more of a reminder of the first Charleston they saw,” he teases

He also got an award this year 2021 as a Viewer’s Choice Award for best actor at the 2021 Royalty Soapie Awards.

“To me, this award is a stamp of confidence in myself because that’s something I’ve struggled with, especially when it comes to working with the big names I’m working with. I’ve always wondered if I’m doing enough,” he tells TRUELOVE.

“This award has given me the validation that I’m doing well, even though I can do better. It shows that I’m still on the right track. It also gives a sense of hope for young kids who are hoping to break into the industry, whether it’s South African kids or Zimbabwean kids.”