Treasure Tshabalala biography, age and his career as a Radio DJ.

Treasure Tshabalala biography, he was known for acting on Nomsamo as Timothy Gumede.

Known as: Timothy Gumede on Nomzamo

Treasure Tshabalala is Veteran radio presenter actor and is a South African. He was born and raised in Soweto, Gauteng South Africa .His year of birth is 1952, age 69 years old. As an actor, he is well known for his character on Nomzamo as Timothy Gumede in a sitcom telenovela.

In the 70s that’s when he began his broadcasting in Radio with his majestic voice. It has been 42 years since he started being in radio. His first appearance in radio was in Radio Metro which in Swaziland. After being in Swaziland’s radio Metro, he came back home in South Africa. They reason for him to come back was to look for opportunities since he saw that they were lot of it. He knew that it was a good idea to be back in the country.

As soon as he arrived in South Africa, he became part of theatre dramas while looking for a job as a radio presenter. During that time there were no job opportunities until few months passed, he got a job at data company where he was trained to be a programmer.
Treasure worked as a radio presenter at the following radios Swazi Radio, Radio Capitol, 702, Metro FM and Jozi FM. Currently, he is radio presenter at Hot 91.9FM working weekdays 8pm and midnight for Late Nite Love Songs. Also Sunday he work from 13pm until 3pm. 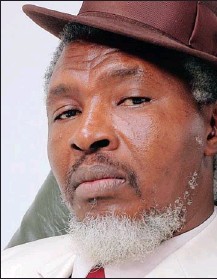 Treasure’s career as an Actor.

He first appeared in a movie called ‘The God Must be Crazy’. Treasure said that the movie opened doors for his acting career. After the
Movie he got another opportunity to act in another movie called Stoney: ‘The One and Only’. The movie also helped him to be recognized in the industry. Other Films he appeared are Great Afrika and Windprints.

He also acted in other television series such as Generations, Phindi, and 90 Plein Street. As well he acted in the mini-series like Shaka Zulu and the Italian made-for-TV movie The Vulture if a Patient Bird (1989).

The veteran Mr Tshabalala is well known for acting on Nomzamo as Timothy Gumede. In that sitcom Telenovela he was the lead from 2006 to 2008. In 2009 he then got a role to act on eKasi: Our Stories called Mama’s Boy as Uncle Godfrey .
Apart from just being an actor he co-presented a soccer series on SABC 1 and that was in 1990s. In 2006 he also co-presented ngoMgqibelo. After all he has done in the acting industry he said that Radio remains his first love. 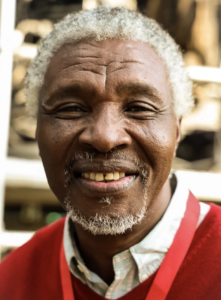 Treasure Tshabalala as a Sangoma

He is also a traditional healer (Sangoma) who took his calling serious.
“I’ve always dedicated my work to my ancestors so they always carried me through.”He says . “I had always obeyed their instructions and always made sure that I don’t bite more than I can chew.”