Fundiswa Ngcobo AKA Winnie from Scandal.

Fundiswa was born on the 17th of June 1994. Her biography: age, date of birth, married, and career.

Biography profile of Winnie from Scandal

Known as: Winnie on Scandal

Winnie from Scandal real name is Fundiswa Ngcobo. The actress is a South African Actress, Script Writer and Poet. She was born 17 June in Pietermatizburg, KwaZulu Natal in South Africa. Although she is from Pietermatizburg, she moved to Johannesburg to pursue her career.

Silverton Heights Secondary school is where she obtained her matric. After she passed her matric, she decided to study Art at Creative Arts College. Also she studied Hospitality Management at International Hotel School. At the international Hotel school, she obtained her qualifications in Hospitality Management, which enable her to get a job at Radisson Red Hotel in Johannesburg. 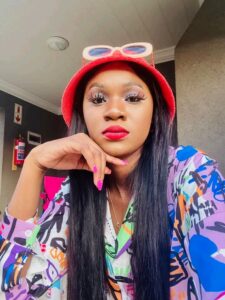 Her storyline began when she visited her sister Mbali. Mbali didn’t welcome her visit, she tried to hide her who was so surprised by seeing where her sister was leaving. During that time Mbali from Scandal was pregnant with Jojo’s baby. Within few days after they arrival of her young sister, Mbali had a miscarriage. Mbali was so heartbroken about the miscarriage so she decided to use her sister as Surrogate mother. 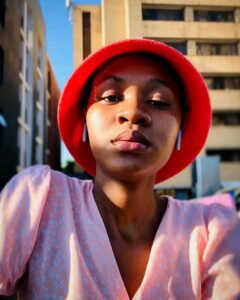 Fundiswa Ngcobo married or in a relationship.

She is not married and her relationship status is single.